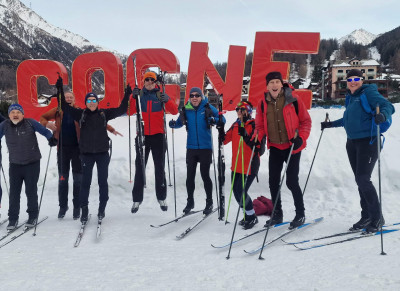 As news reports of poor snow conditions circulated in the British press I was on my way to Cogne, Italy to experience my first Tracks and Trails holiday. Having been on 'skinny' skis' a couple of times before the obvious choice had been the 'Italian Ski Break for Beginners' along with seven other nordic skiing novices in Cogne, Italy. As we settled in to the evening briefing with Martin. our guide for the holidav. it was obvious that there was no shortage of snow. Cogne is one of the Aosta Valley's prime spots for cross-country skiing.

Train for hills without hills 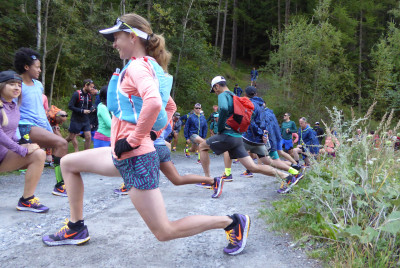 How do you train to climb mountains when you live in the flat lands? For many of you booking a trail running trip the daily ascents appear to be your greatest concern. How can you possibly get fit enough for your trip and gain full enjoyment from your adventure if you do not have easy access to a hill? We've pulled together some ideas on how to train and get in shape for mountains. Even if you are not a runner you might want to try these exercises and get yourself in shape for the Alps. 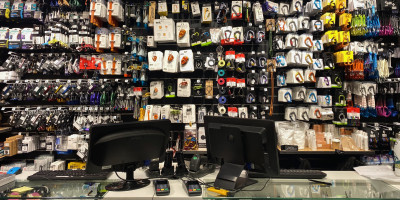 Getting a headache trying to think of gifts for friends and family? Never easy is it? To help you in your quest we have given some ideas for the outdoor adventurer for cross-country skiing, snowshoeing, trail running and hiking. Items to fill that stocking and earn a smile from the receiver.

How to check trip availability 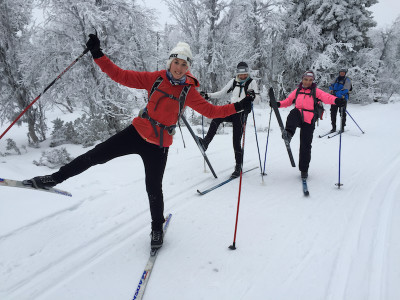 If you would like to check how many places are left on a trip, or you want to know the trip status, it is simply done. Read the notes below to find out how.

The Snow Village of Lainio 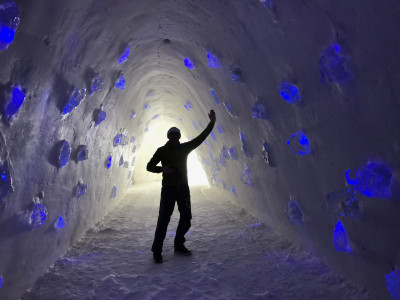 We left the car and walked into a fairytale world of glittering ice, of rearing dragons, fighting swordsmen, and colours which seemed to vibrate within the ice. We were warmly welcomed into the frozen caverns of The Snow Village. Famed throughout the world as a stunning example of ice sculptures created from an immense imagination.

The Heroes of Telemark 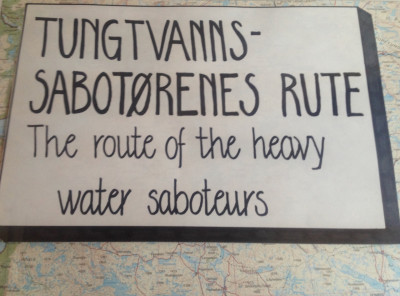 Eighty years ago this winter, a team of Norwegians left Britain to carry out what become known as one of the most daring and important undercover operations of World War II - their goal was to prevent Adolf Hitler from building an atomic bomb.
Their story was immortalised in the film 'Heroes of Telemark' a 1965 British war film based on the true story of the Norwegian heavy water sabotage from the book 'Skis Against the Atom', the memoirs of Norwegian resistance soldier Knut Haukelid.
Read more... 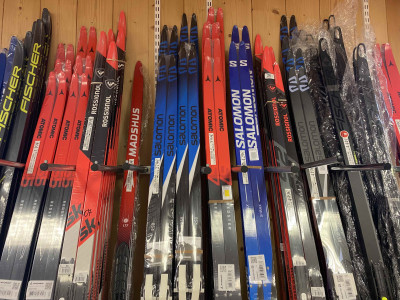 It's a maze of information! We are often asked for advice on buying cross-country skis as to the uninitiated it can seem like information overload. So, here are a few things to consider before you become the proud owner of a pair of 'skinny' skis. In this article we are referring only to 'classic' style track skis. Read on and then head for the shops.  Tracks and Trails is a BASI Approved Ski School

What is a GR footpath? Answer: A very long hike!

"Take a hike, mate!" Often said in jest to close a subject, but if you really do want to 'take a hike' then you need to do a GR. These long distance hiking routes cross-cross Europe and offer some of the most stunning walking in the world. They are to be found across Europe, but especially in France, Belgium, the Netherlands and Spain. 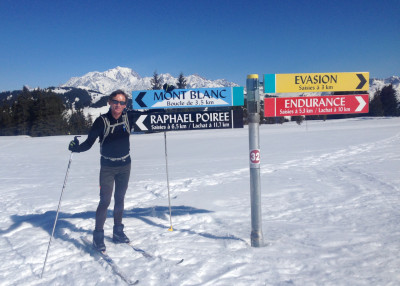 Since the 18th century there has been a real craze for the Alps, there was a great influx of travellers 'discovering the alps' from scientists and botanists making sense of the land, to alpinists making first ascents and the aristocracy seeking the fresh air. Haute-Savoie consists of a small but very important 'nook' of the French Alps , bordering Switzerland and Lake Geneva to the north, and Italy to the east and southeast. With the highest mountains in Western Europe as it's back drop and Annecy the "Venice of the Alps " as it's administrative centre, there's no doubt that Haute-Savoie is one of the most beautiful parts of Europe. 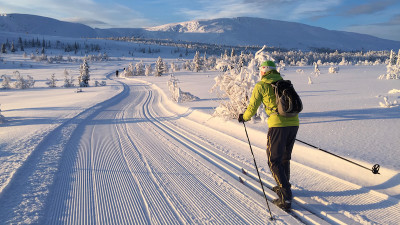 Gliding through the silent winter forests of Finnish Lapland is a truly magical experience. The landscape lends itself to an atmosphere of mystery shrouded in folklore. There are many tales of the forest folk, and of the aurora borealis known as Revontulet, which describes the ‘Fox Fires' seen in the night sky. Deep are the legends and deep is the winter snow.