The Quiet of the Queyras Wilderness 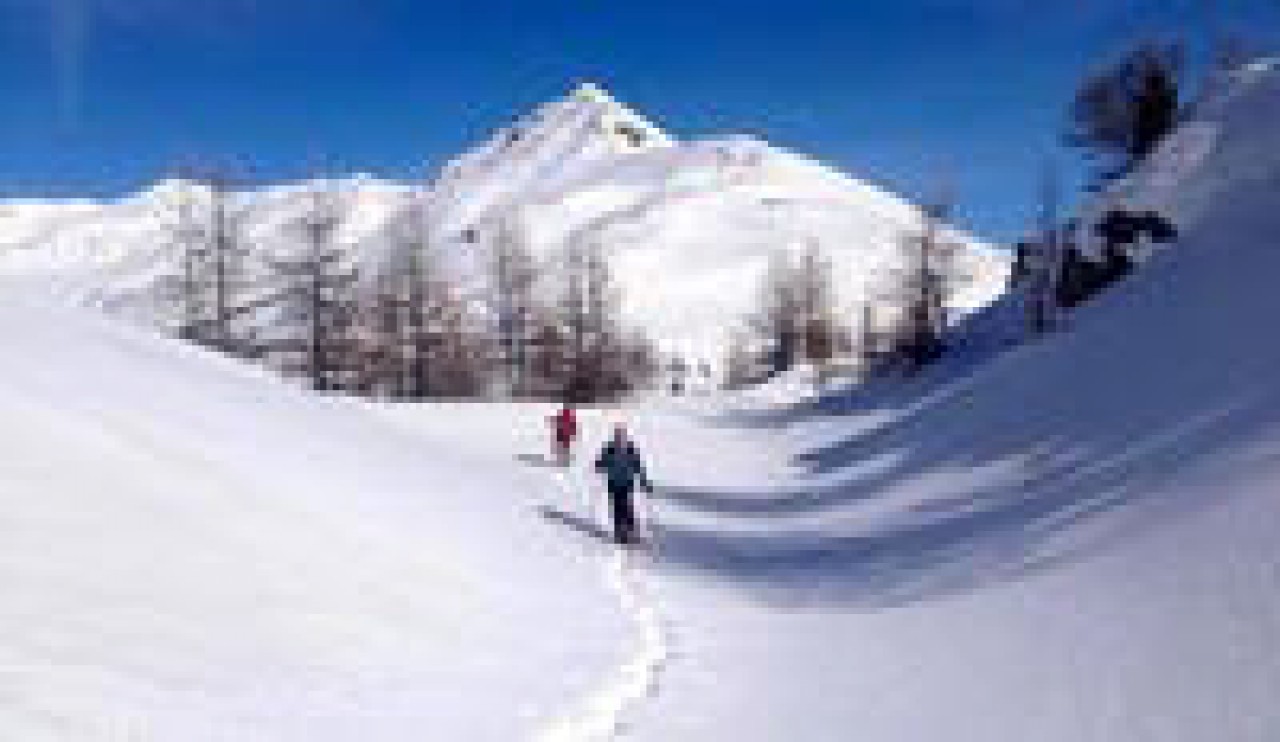 We love the Queyras, both for snowshoeing in winter and for trail running in the summer months. The remote and uncrowded Queyras National Park is situated in the Hautes Alpes region of the French Alps, east of the Ecrins, between Briançon and Gap. The area is one of the most picturesque in all of France and so far seems to have remained quite undiscovered - allowing us to truly savour an unspoilt winter wilderness.

Venturing into the park on snowshoes we explore its unique, dramatic landscape: breathtaking views of sparkling snowfields, dense centuries old larch and Cembran pine forests and the impressive, jagged rock faces of the rugged mountain peaks with their unique geological features.

We’ll also visit the park's charming villages such as Aiguilles, Abries, Chateau Queyras and St Veran - still the highest village inhabited year-round in Europe. The area surrounding the Queyras has also been long associated with the curative effects of its climate, due in large part to its claim to be one of the sunniest spots on the French mainland - receiving over 300 days of sunshine per year on average!

Nearby, the historic town of Briançon, which dates back to the Romans and is now a UNESCO listed heritage site. Briançon has slowly evolved as a town over thousands of years - largely due to its early prominence as a key trading post, and still serves today as a crossroads for commerce, particularly for local art and traditional crafts from both France and Italy nearby.

The region, with its proximity to Provence, has a local cuisine that draws heavily on its more well-known neighbour. Recipes make excellent use of much of the fresh produce associated with the neighbouring provinces both in France and also Italy. In the bakeries you will find lovely breads and quiches filled with fresh olives, tomatoes and walnuts and baked using olive oil.

The different alpine cheeses made from both the cows’ and goats’ milk of the Hautes Alpes must be tasted too! At our base in Aiguilles, Emelie produces some gorgeous meals made from the local produce.

The Queyras, then, is definitely the place to get away from it all - it's a surprise to meet any other groups in an entire week spent exploring its wild valleys and delightful villages on snowshoes. Our snowshoe weeks are a must for anyone wishing to discover the peace and tranquility of the Alps whilst enjoying traditional French mountain hospitality: we’ve still a few of places on our trips this February and March - join us in this winter paradise!