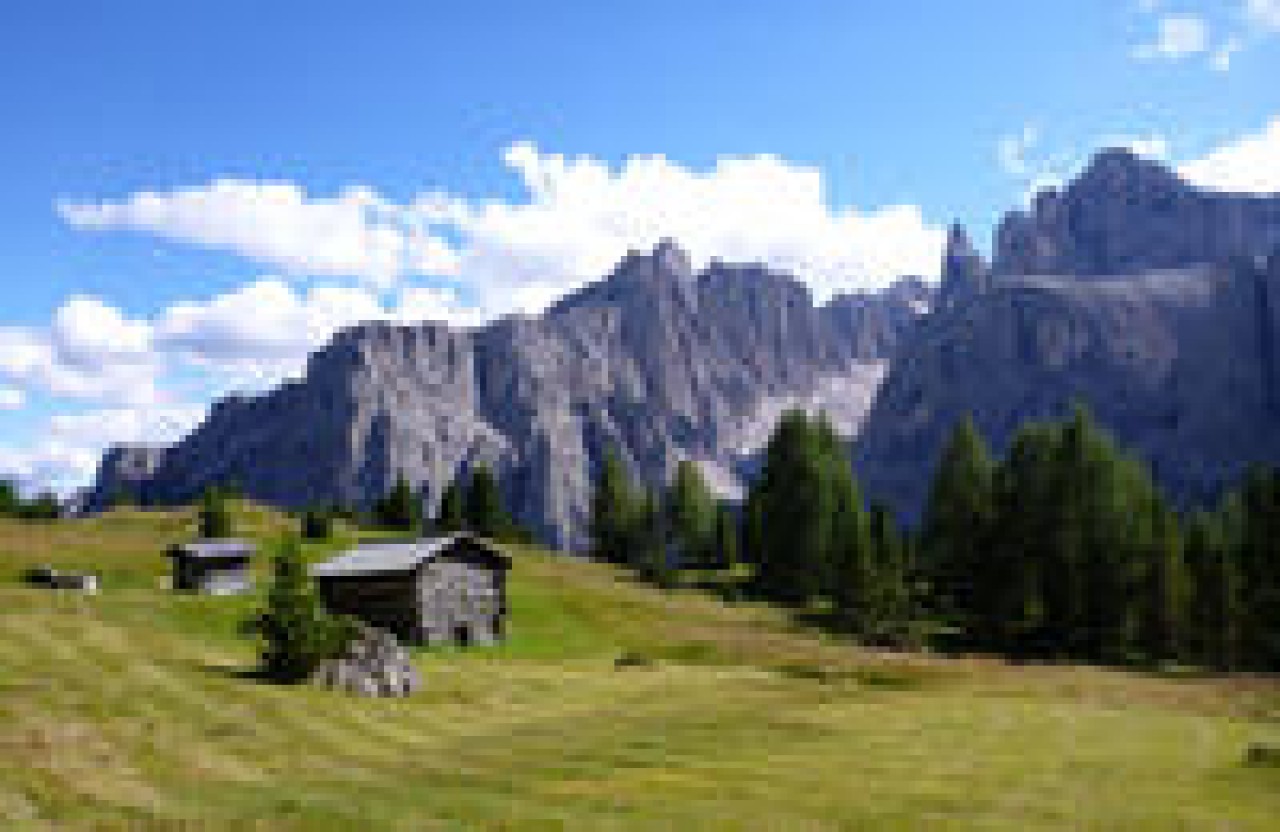 South Tyrol, known by the Italians as Alto Adige and German-speakers as the Südtirol, is a picturesque, tranquil region in northern Italy and home to the Dolomites mountain range. The Dolomites, also known as the ‘Pale Mountains’ for their limestone hue, are a UNESCO World Heritage site and the South Tyrol’s truly unique natural wonder. It’s no exaggeration to say that the forests and mountains here are widely regarded as being among the most attractive landscapes in the world. Indeed, the recognition given by the protected status of UNESCO since June 2009 is testimony to just how well preserved and unspoilt the natural environment remains.

This region of the Alps originated from the collision of two tectonic plates, forcing the rocks to soar skyward and create the dramatic limestone vertical walls, sheer cliffs, ridges and narrow, deep valleys for which the Dolomites are known. The mountain range in fact took its name from another Francophone, the geologist Deodat de Dolomieu, who spent much of his career exploring the region.

In 1788 he identified the composition of the calcium magnesium carbonate that is found in varying proportions in the whitish-grey sedimentary limestone rock. Within the Dolomites, which extend across nearly 142,000 hectares, there are eighteen peaks that rise above 3,000 metres, while some of the cliffs here rise upwards more than a kilometre and are amongst the highest limestone walls found anywhere.

In fact, the remarkable geology of the landscape is such that the Swiss-French architect and painter Le Corbusier once described the Dolomites as the world’s finest example of natural architecture! The mountains here were first settled in the Iron Age, after which the territory was inhabited in turn by the Rhaetians, Romans and Lombards, who first brought the Tyrol its distinctive Germanic influence.

During the First World War, Italy joined the Allies and the front line during the conflict ran through the Dolomites from May 1915 to November 1917: the Austrians on one side, the Italians on the other. Nowadays the via ferrata (or ‘Iron Way’), made up of steel cables and ladders used by the Italian soldiers and partisans to carry supplies through across along the cliffs and through the valleys, are used instead by climbers with a head for heights! Thankfully the rich cultural legacy, including the beautiful architecture of the Habsburg era in the Tyrollean towns from the period of Austro-Hungarian rule, was left unblemished for future generations to enjoy.

Today the unique cultural diversity of the province matches the two traditions that prove perfect compliments: a harmony of Austrian Alpine custom with the Italian dolce vita (and passion for great food!). The local way of life has been well-preserved and the traditional hospitality is very much alive and well in South Tyrol's inns (gasthaus) and is handed down through the generations.

The Tyrol is truly renowned for the unforgettable warmth and friendliness of the local people. The area is also blessed with fertile valleys in the southern part of the region which are well-known for winemaking, fruits, cheeses and other alpine dairy products: these staples of the Tyrollean cuisine are a great attraction for hikers and runners with a good appetite!

We’ve scheduled 4 week-long hiking trips on which to discover the exceptional beauty of the Dolomites this summer and hike the Alta Via. For trail runners we’ve also created Alta Via running weeks to experience this amazing high altitude trail: read more on our dedicated trip page to the Alta Via Run.

Along its 120km length we’ll explore the wild alpine meadows, scenic valleys and villages and dramatic vertical peaks that make this trail such a memorable experience. Choose from one of the scheduled departures to hike or run the trail in either July or September - contact us if you’d like help choosing your dates!

Do get This email address is being protected from spambots. You need JavaScript enabled to view it. if you’ve any questions!