A Story of The Hallingdal Track 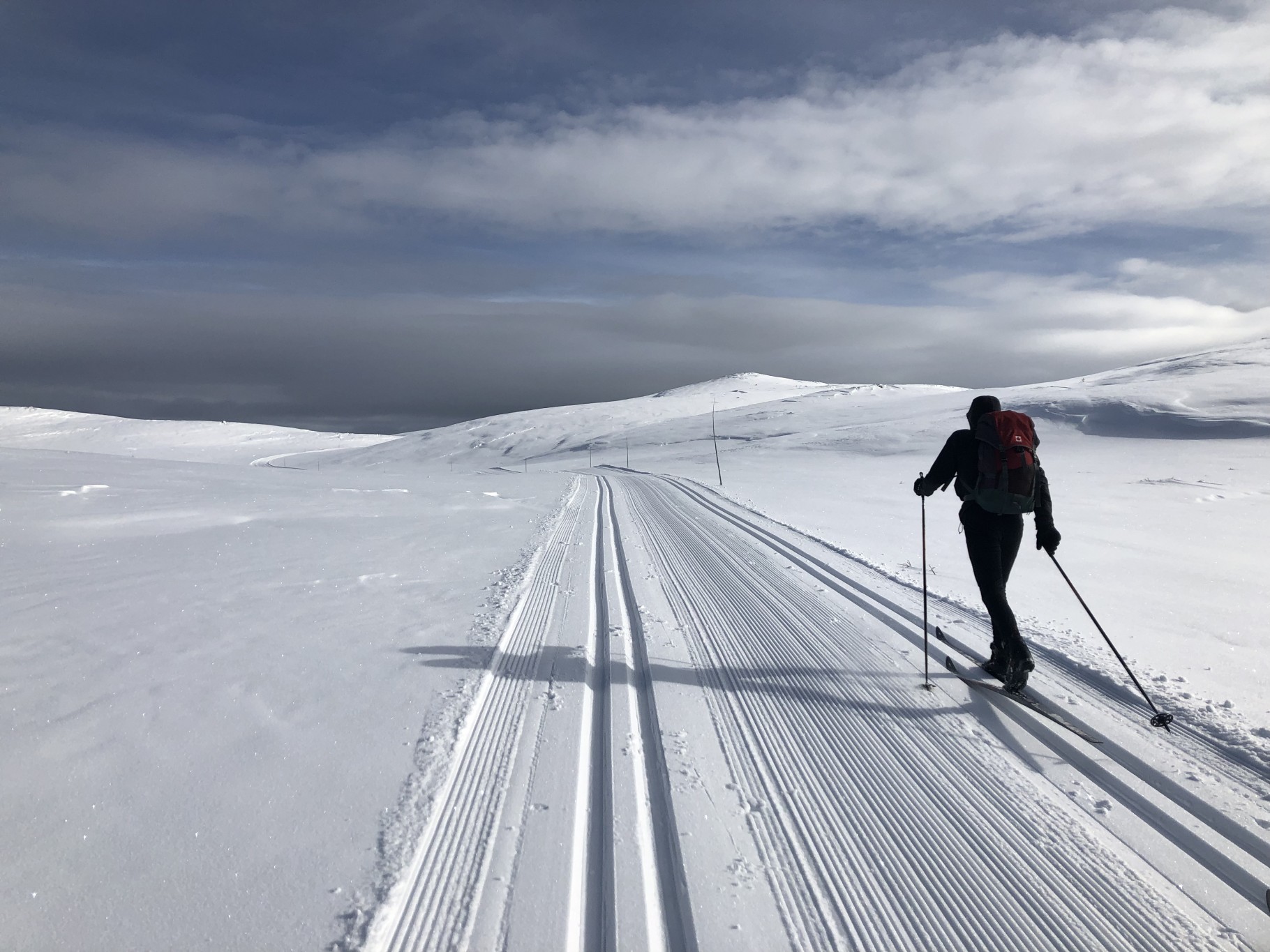 Along the Hallingdal Track Winter 2019

Tour Memories - from a Forgetful Traveller

Only Eight Thousand Nine Hundred and Ninety Eight to go!

I’ve been on many Tracks and Trails tours, this one was both unfamiliar and familiar - The Hallingdal Track in Norway.

Unfamiliar because the terrain, vastness and challenges were not like other trips; familiar because Lindsay, our tour guide, worked tirelessly to make it happen smoothly. Notonly was the countryside varied but the accommodation was too (one of the reasons why I love T&T); ranging from our first night in a top notch swanky hotel to sharing a country park with reindeer, muskox, wolves (howling) and school kids (behaving!).

The trip is graded “challenging”, quite rightly so. By the end of the week the group reckoned that we could publish an encyclopaedia on different ice forms. I’m risk averse so I tended to let the more accomplished/foolhardy head off down slopes first - if they stayed upright then I had a fighting chance to follow. The downside for those leading was that I did have a tendency to use them (unintentionally) as buffers at the bottom.

There’s a certain exhilaration and satisfaction you feel when you’ve climbed steadily to reach the summit of a passing peak and take in the 360 degree view - the size of Switzerland apparently. 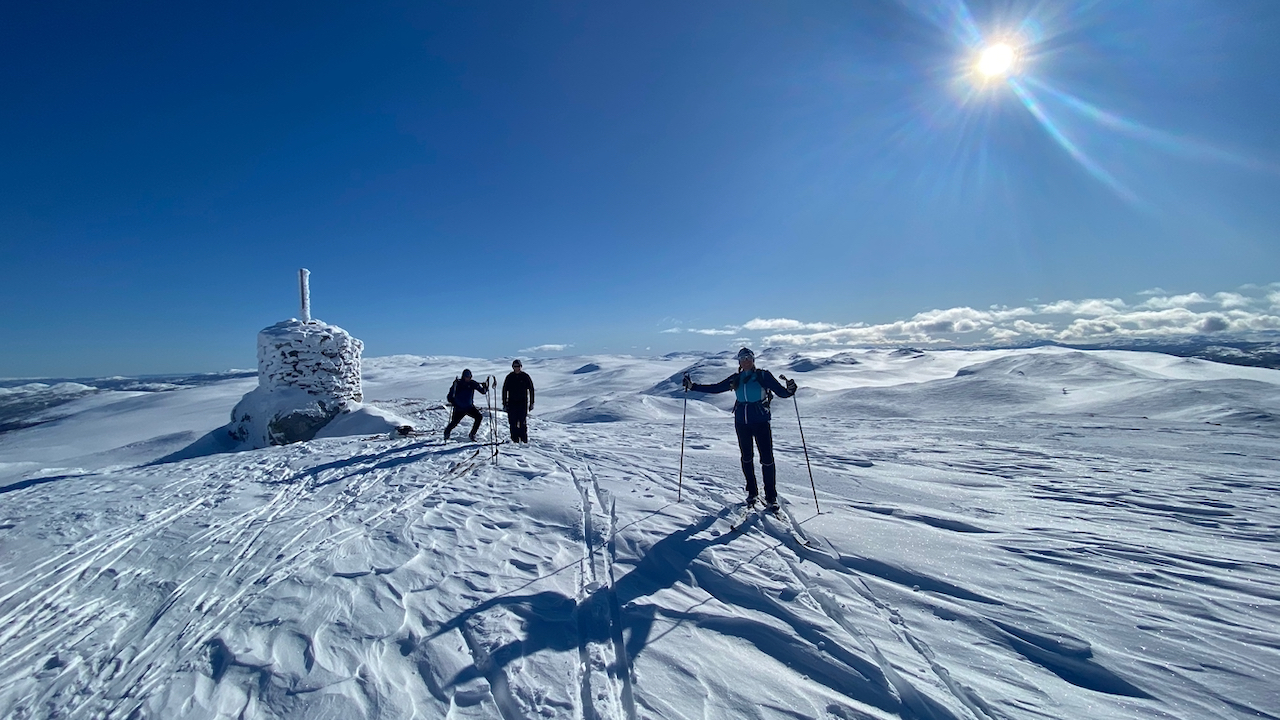 Stunning views from the summit of Hallingsnaten on the Hallingdal Track

The Norwegians are so friendly and are intrigued meeting a bunch of non-Norwegians skiing the Hallingdal Trail. “You’ve come from where today? Really? But you’re English” (and Scot). Not only friendly but great waffle makers too; well worth the icy descent to Tuva’s hut, even knowing that we had to go back up the way we came down.

On the trail we only met/saw about 10 other people the whole week. John who’d gone on ahead of the group wearing a Star Wars character face mask (long story) encountered one of said locals sitting on a rock having a quick ski break. “Can you tell me the way to the Death Star” was great line to open a conversation.
A trip full of surprises for us ….. and the locals.

For more information about our cross-country skiing trips, either bespoke or Scheduled Departures, speak to one of our expert team by calling +44 (0) 20 8144 64442 or email This email address is being protected from spambots. You need JavaScript enabled to view it. In addition to cross-country skiing we offer snowshoeing, and in summer hiking and trail running.