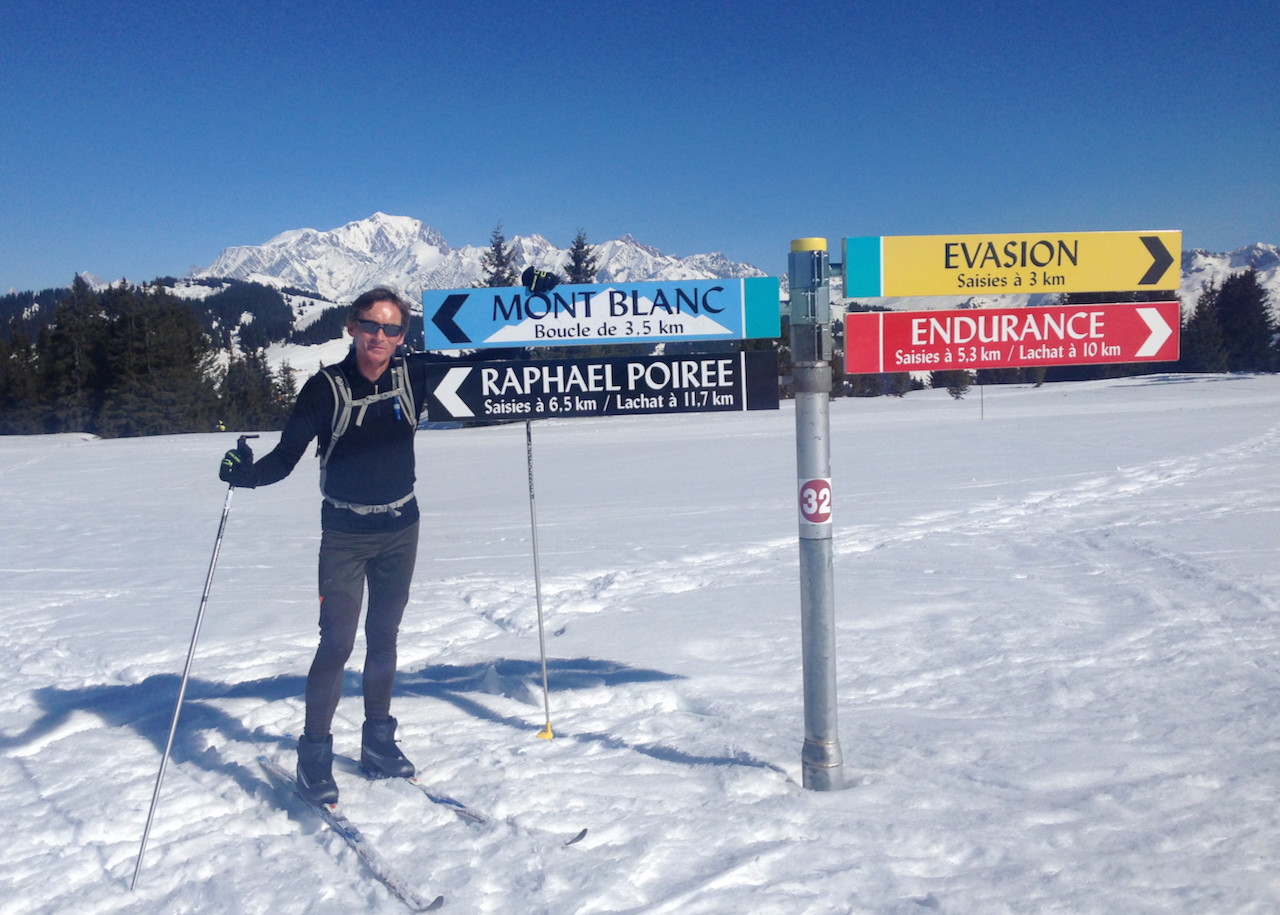 Since the 18th century there has been a real craze for the Alps, there was a great influx of travellers 'discovering the alps' from scientists and botanists making sense of the land, to alpinists making first ascents and the aristocracy seeking the fresh air. Haute-Savoie consists of a small but very important 'nook' of the French Alps , bordering Switzerland and Lake Geneva to the north, and Italy to the east and southeast. With the highest mountains in Western Europe as it's back drop and Annecy the "Venice of the Alps " as it's administrative centre, there's no doubt that Haute-Savoie is one of the most beautiful parts of Europe.

Proud of its history the Haute Savoie region enjoys a distinctive lifestyle rooted in its mountain traditions. Visiting the the smaller rural ski areas, such as La Clusaz and Le Grand Bornand, can provide a revealing look at the quiet, small-town life of France. Many residents of the region are tremendously proud of the culture and lifestyle that can be described as "typiquement Savoyard" (typically Savoyard, a variation of the word Savoie).

The Haute Savoie has the perfect terrain for adventures on skis. Stunning mountain vistas, fresh mountain air, culture and traditional cuisine. It has the largest range of elevations of all the departments in France; the lowest point is 250m (820ft) in the Rhône Valley, and the highest Mont Blanc at Mont Blanc 4810m (15,782ft) and boasts some of the world's best-known downhill ski resorts including the Chamonix Valley, Alpes du Leman, Portes du Soleil, Grand Massif and the Chaîne des Aravis.

To experience the best of the Haute Savoie cross-country ski world we recommend heading to the Aravis mountain range, and this is where we base our cross-country ski trip. Deep gorges, mountain plateaus, views of Mont Blanc and excellent snowfall making it a nordic skiers paradise. Whether it's a day trip, long weekend or a week there are cross country ski trails to suit all levels all with their own character. It's close to Geneva, Annecy and the Chamonix Valley and easily reached by road, rail and car and despite its accessible location it still feels and 'is' rural France.

The Chaîne des Aravis has five Nordic ski 'domaines' which are all possible to visit on the Haute Savoie Nordic Ski Pass '74'. Rechargeable day tickets or 'forfaits' are 9.50€ and a week long pass is just 44€ (2022 prices). Family and seasonal passes are also available. Explore new trails every day winding through pine forests, farmland and over high points for views of the Mont Blanc region. After a ski day soak up village life in the bars or cafes, sample the local wine and Reblochon cheese or ease the muscles in a spa hotel.

If you are planning to stay overnight then the Grand Bornand and La Clusaz are the largest towns offering a good selection of hotels and rental accommodation, shops, ski hire, restaurants, cafes and après ski bars. All of the Nordic ski domaines listed (except the Plateau des Glieres) are linked with the ski-bus which is conveniently included in the purchase of your ski pass. Rental is usually about 15€ per day and is available from each of the ski areas.

La Clusaz / Confins (1420m/4658ft) has over 50km (30 miles) of pistes that wind around a glacial lake, pine forest and hanging valley with a stunning amphitheatre of mountains as a backdrop. When conditions allow its also possible to link this area with the Grand Bornand Valley. They stock pile snow, now known as 'snow farming', from one season to the next to ensure an early start to the season.

Highlight: fuel your ski legs with a lakeside coffee stop in an amphitheatre of snow capped mountains.

Grand-Bornand (1250m/4101ft) with 58km (36 miles) this is probably the most extensive cross-country ski area in the Haute Savoie. It offers very reliable snow conditions late into the season due to its shady aspect and woodlands. The Grand Bornand has recently become the home of the Biathlon World Cup. The next one being held later this year between the 12th and 18th of  December. There are two biathlon shooting ranges areas at “Plans” in the Vallée du Bouchet and near the centre of Grand-Bornand village.

Highlights: book a lesson with an instructor and try a shot at biathlon or ski under the stars at night on specially prepared nighttime trails.

Grand-Bornand / Chinaillon (1300m/4265ft) accessed from the centre of the old village of Chinaillon 27km (16 miles) of nordic ski trails are available to use for 'free'. If you are only in the area for a day or are looking for a quick loop before or after an alpine ski day then the free access here is perfect.

Highlight: soak up the charm of this quaint village, and ski as much or as little as you like on a 'free' ski pass.

Highlight: be rewarded by a panoramic view of jagged peaks including that of Mont Blanc then head for a typical Savoyard lunch.

Plateau des Glieres (1450m/4757ft) is another extensive ski area and very important site for the French. The Glières is a limestone plateau in the neighbouring Bornes Massif at 1400m (4592ft) and offers 29km (18 miles) of skiing across two sites. There is a huge memorial here to the WWII resistance fighters who took refuge on the plateau. Access is possible by road (car or taxi) via Le Petit-Bornand or from the Annecy side and Thorens-Glières.

Highlight: pause for a moment to discover the story about the resistance fighters on the plateau and venture inside the monument.

Check out the local piste map for an over view of the area.

The historical regions of Savoie 'Savoy' and Haute Savoie were governed by the House of Savoy, the ruling dynasty of Savoy from 1032 to 1860. The territory occupied by modern Haute-Savoie and the adjoining department of Savoie became part of the Kingdom of Sardinia after the Treaty of Utrecht in 1713, then annexed as a region of France in the Treaty of Turin on March 24, 1860.

During World War II the Haute-Savoie was occupied by Italy. The Maquis des Glières (a band of Free French Resistance fighters who opposed the Nazi, Vichy and Milice regimes during World War II) operated from Haute-Savoie. In the winter of 1943–1944, around five hundred farms were burned down by German troops in response to French Resistance activities.