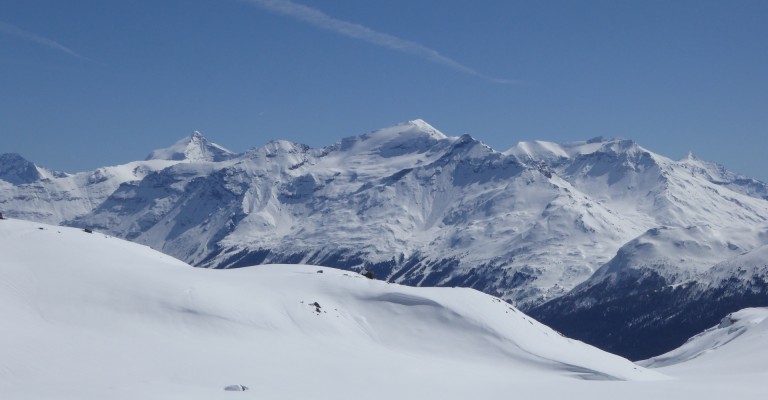 Snowshoe week in the Vanoise

A unique two part snowshoeing holiday to the beautiful Vanoise National Park. Join us on this 7 day trip in the north and the south of the Park. This is a snowshoe 'reconnaissance' trip for Tracks and Trails so suits those with a true sense of adventure! You will have an extremely experienced guide who already knows the area to introduce you to the Vanoise.

Situated in the Savoie region of France discover hidden valleys, high mountain refuges, passes and summits which are all part of this wonderful week of snowshoeing.  In the heart of the French Alps, the Vanoise is a paradise for nature and adventure lovers - the perfect winter escape.

Our meeting point for this week is Pralognan-la-Vanoise a village, surrounded by the largest glacier ice cap in Europe, we then move to the south to Aussois in the Maurienne valley close to the Italian border.

Situated in the Savoie, the Vanoise massif is France’s oldest National Park created in 1963. The striking and unspoiled landscapes of the massif are magical and awe-inspiring. Mountain walking fans will simply be in heaven! With 600km of footpaths and 107 peaks reaching an altitude of over 3,000m, the Vanoise National Park offers easy access to several different mountain road and hiking passes.

Initially created to protect ibexes, the Vanoise national park is today an important site for the protection of flora and fauna. During the winter the ibex come lower down the mountains and we will have the opportunity to see them on some of our snowshoeing days along with chamois and if we are lucky the rare beared vulture.

Stretching over 53,000 hectares, this park is divided into two parts: a central area in the heart of the massif for walkers and skiers only, and an outlying area grouping together the prestigious ski resorts of the Tarentaise area, as well as typical villages and it's from these villages that we being our snowshoe exploration. 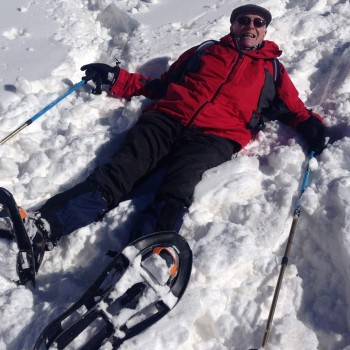 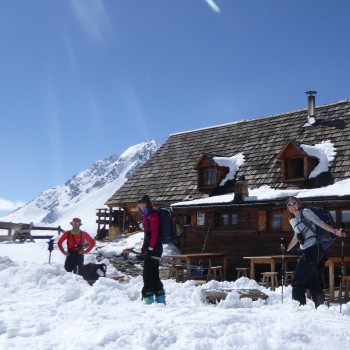 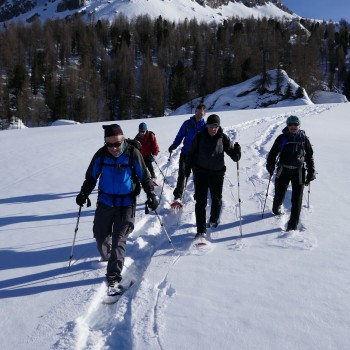 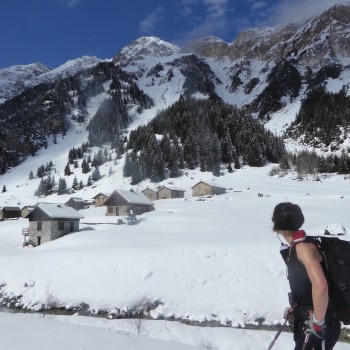 On all of our trips we aim to accommodate our guests in well-situated, comfortable, characterful, family run accommodation.

We take time to research, update and view the best options available to us on every trip. Detailed below are examples of our favoured venues and those we intend to use. If unavailable at the time of booking we will use alternative accommodation of a similar standard.

The trip fees are based on 3 nights based in Pralognan-la-Vanoise and 5 nights in Aussois with two people sharing a room in either a double or a twin room.

Upon early booking it is possible to book a single room for the week for a supplementary fee of £500.

At the Hotel le Grand Bec the accommodation is based on rooms with a private shower. It's possible to upgrade to a larger room / small suite with a bathroom for an additional total cost for the 3 nights of £60 per person for a twin or a double room and £60 for a single room.

At the Hotel du Soleil the accommodation is based on standard ensuite rooms. It is possible to upgrade to a larger room twin or a double room for an additional total cost for the 5 nights of £30 per person for the 5 nights, and £50 for a single room.

Ideally situated in the heart of the Vanoise National Park, the 3* Hotel Le Grand Bec welcomes you in a chalet-style building where everything was designed with your comfort in mind. In winter it features a heated indoor swimming pool, jacuzzi and sauna (free use for guests).

Hotel Le Granc Bec features comfortable rooms and small suites. Our trip price is based on a standard twin or double room with a shower room but an upgrade to have a bathroom or small suite is available upon request. Each room is uniquely decorated and has a balcony offering a view of the mountain. They feature wooden furniture which creates a cosy atmosphere. The hotel offers a restaurant serving home-made produce and local and traditional specialities. Free Wi-Fi access, a heated boot room and free private parking is provided. The hotel pool and spa is included in the trip price and massages are available to book at an additional cost of 30min : 45 € / 1h : 70 € (2019 prices).

The Hotel du Soleil offers 3* accommodation in the heart of the old town of Aussois village in the Val Maurienne. Guests can relax in the sauna and in a Nordic bath set on the terrace with a panoramic view of the valley, open in summer and winter. A buffet breakfast is served every day and the restaurant is open in the evening serving traditional gourmet cuisine using only products that are in season.

The Hotel du Soleil has 21 ensuite rooms decorated in a chalet style featuring a flat-screen TV and free WiFi. Some rooms have a balcony with a view of the mountains. As wells as the panoramic solarium with outside nordic bath the hotel also has a relaxation room with sauna - hammam - spa baths. Guests can relax in the lounge and bar area to sample the local Savioe wines by the traditional open fire.

The Modane main train station is 5.6 miles away offering easy travel on the the departure day. Free outdoor parking is available on site. 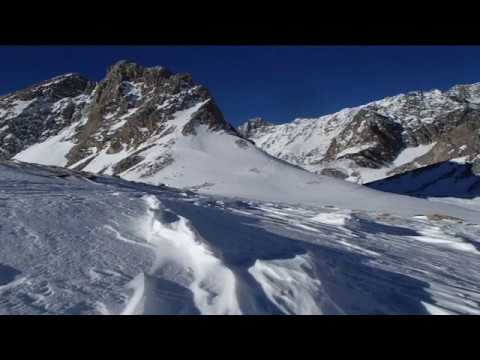 Images by Brigitte Aloth of a day out on snowshoes in the Vanoise.