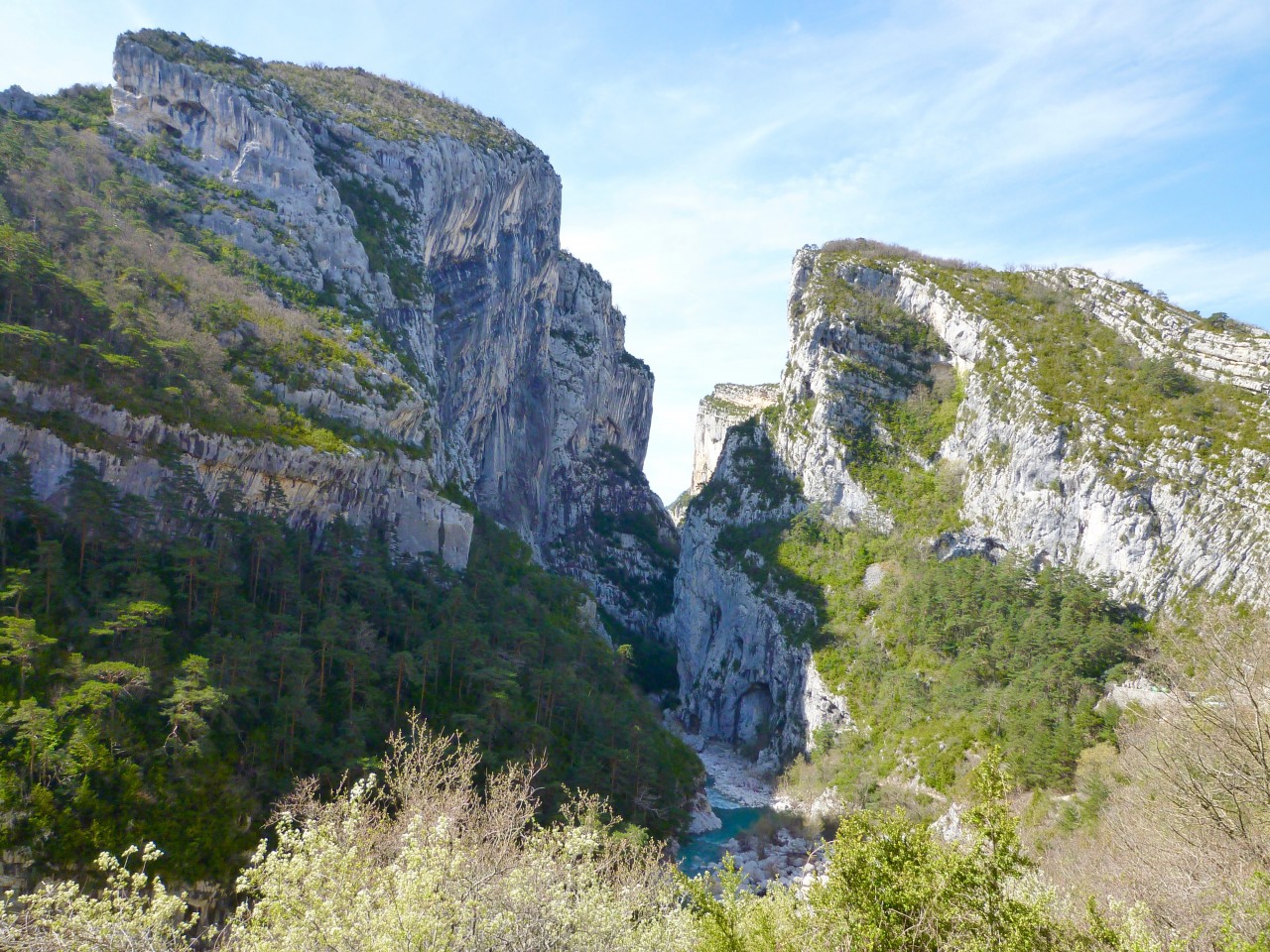 The Verdon Gorge is a turquoise ribbon of water slicing through a truly beautiful landscape. Known as the Grand Canyon of Europe it is the second largest in the world, and for generations has attracted hikers, and rock climbers to its sheer and impressive cliffs. Home to a health population of vultures, it lures not only wildlife lovers, but also those who simply want to escape to a slower pace amidst the lavender fields and olive groves. You can join us to either hike or trail run along the ancient routes.

During the damp cold days of winter I often dream of the Verdon. I remember the balmy evenings sipping an 'apero' on a jasmine scented terrace while watching the world go by, and of meandering through the fields of lavender for which the area is famous. Perhaps a shopping spree in the characterful boutiques selling local hand made soap, or tasting the fougass bread which is a speciality.

It is a part of the world which is well known to the French, but seldom do I get a reaction when I mention the Verdon to our hiking guests. For this very reason it is a gem that is well worth visiting. It was the first Geopark to be recognised by UNESCO and became the model for another 140 Geoparks on 5 continents. 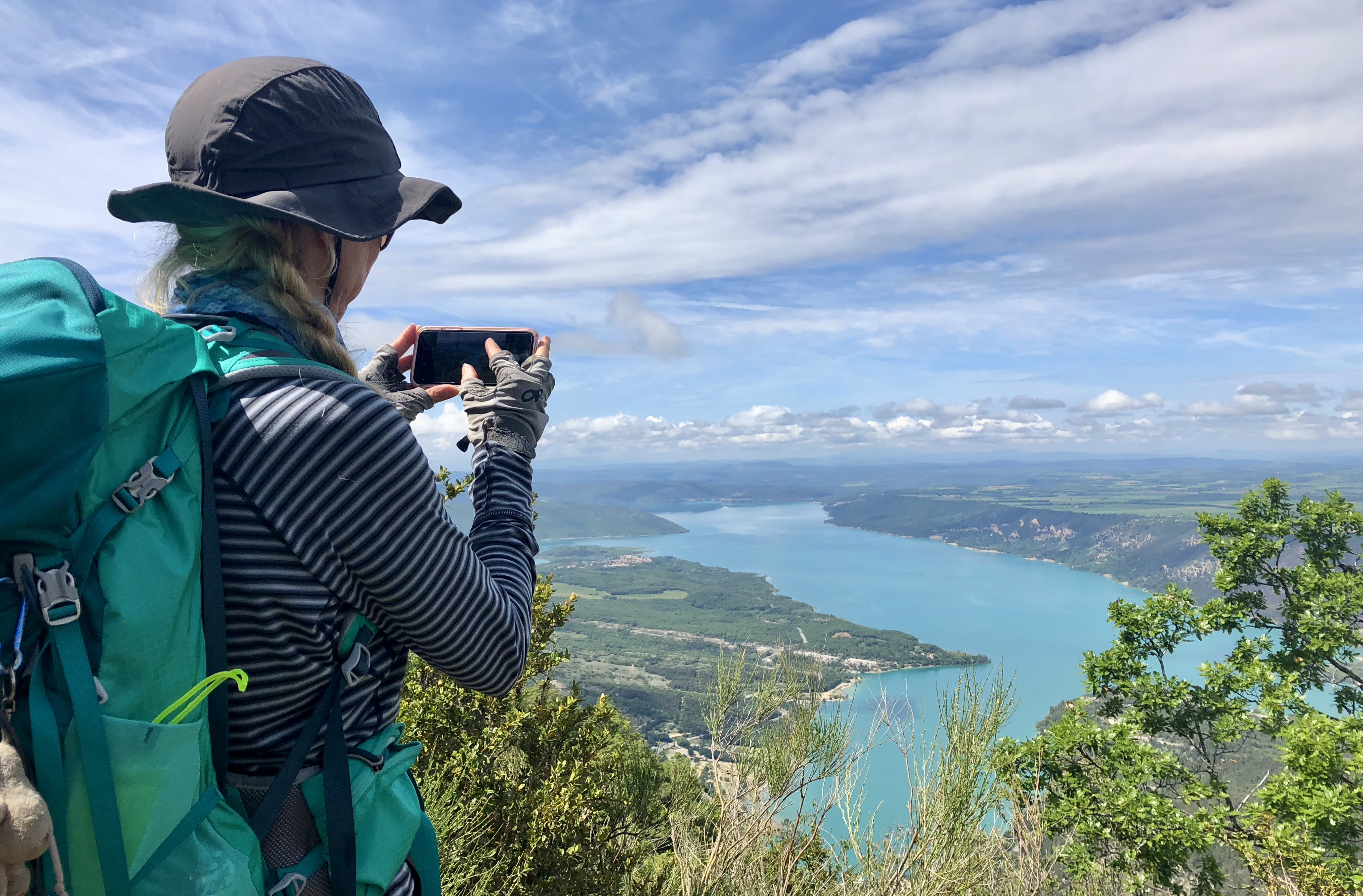 The National Regional Park of Verdon was created in 1997 to protect an environment that has evolved over two million years, and which has attracted visitors every since Edouard Martel was tasked with surveying the river for the Southeast Electricity Company. 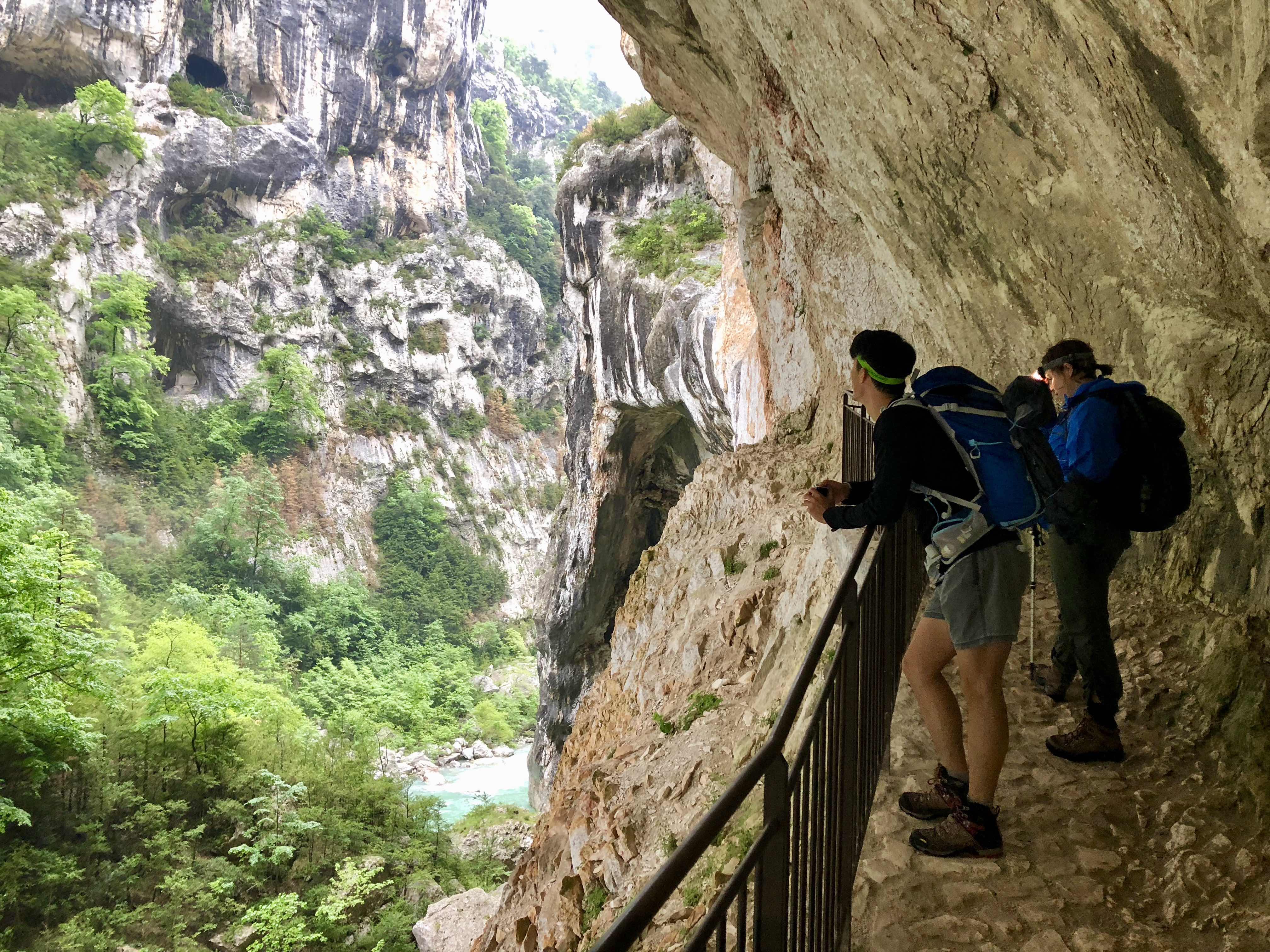 HIKING IN THE GORGE

The Sentier Martel, the most famous of the Verdon Gorge trails, was laid out in 1928 by the Touring Club de France. It was named in honour of Martel who in 1905 along with his team of experts, which included the local schoolteacher, set out to carry out a geological survey of the river. Inevitably they hit various obstacles both while on foot and by boat which threatened to halt their progress but eventually they made it to the end of the gorge thereby completing the first expedition of the canyon.

On the third day of our trip, when you have found your 'legs', we spend the entire day in the gorge itself. We descend under the cliffs in the morning while it is still cool, and then begin our journey along this amazing footpath. Ladders, stairs, and tunnels all feature in our day, and keep us entertained with the variety. Nothing scary at all, but enough to keep us focused at times!

Walking by the turquoise waters, while taking in the views leads to many photo opportunities. The trees and shrubs are prolific and the gorge echoes to the sound of the birdsong. The immense limestone walls have many features, textures, and colours to experience.

Rock climbers also provide interest and you may get a stiff neck from looking upwards at these tiny human figures clinging to the sheer rock faces. 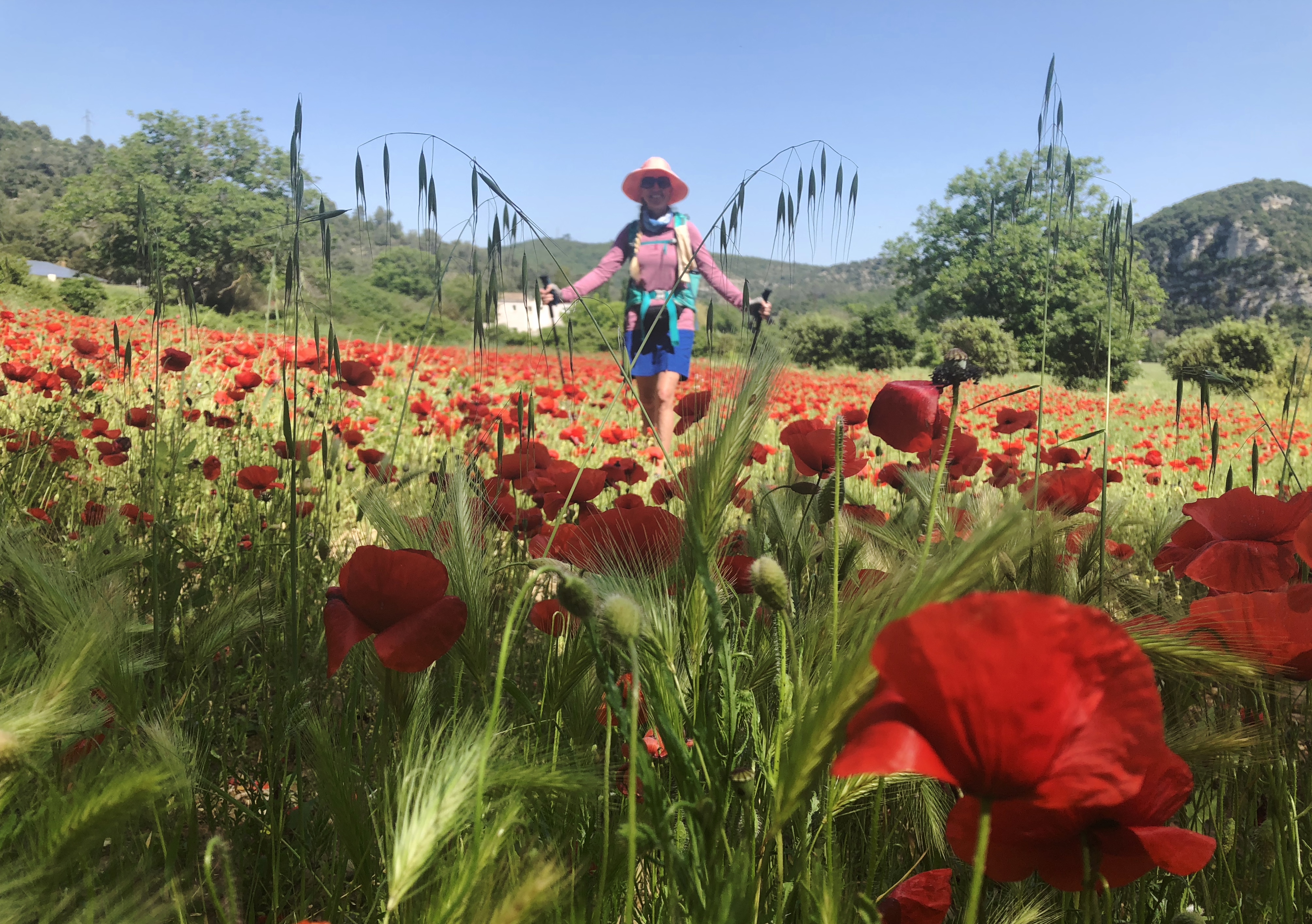 Amidst the poppy fields of the Verdon

The area around the Verdon Gorge is also known for its fields of lavender, in mid-summer the purple haze of the flowers spreads across the Valensole plateau. The plateau is also known as the granary of the region as it is mainly dedicated to growing grain and lavender.

Most of us when we think of lavender associate it with its fragrance and its stunning purple colour which has inspired many a French property owner to paint wooden doors and shutters in one of its hues. The plant has a long history of use in herbal medicine, being used to treat everything from anxiety, to hair loss, and toothache. The earliest recorded use of lavender dates back to ancient Egypt where the oil was used in the mummification process. 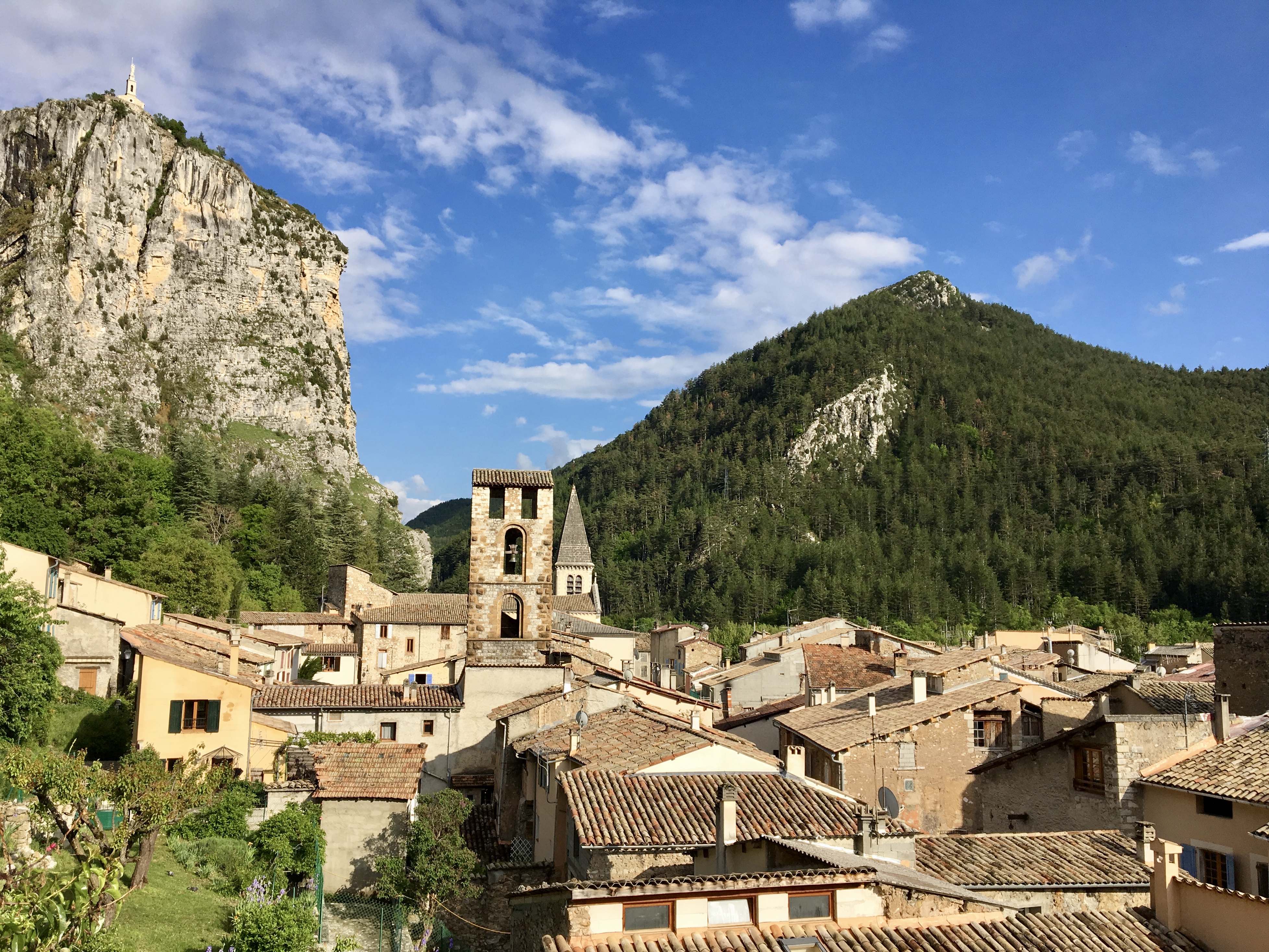 The beautiful village of Moustiers-Sainte-Marie

A feature of the area around the Verdon Gorge is the many characterful and quaint villages. Some seem caught in a sleepy time warp with little changed for centuries - cobbled streets, side walk cafes, and architecture typical of the region. Perhaps the most famous is Moustiers Sainte-Marie renewed world wide for a particular type of pottery known as faience. Throughout the village there are many pottery shops, and plenty of opportunity to select a souvenir to take home. With its hidden 'squares' and cute bars and cafes its a great place to hang out and soak up the ambiance. Historic associations with the Knights Templar add to the interest of this small mountain village. 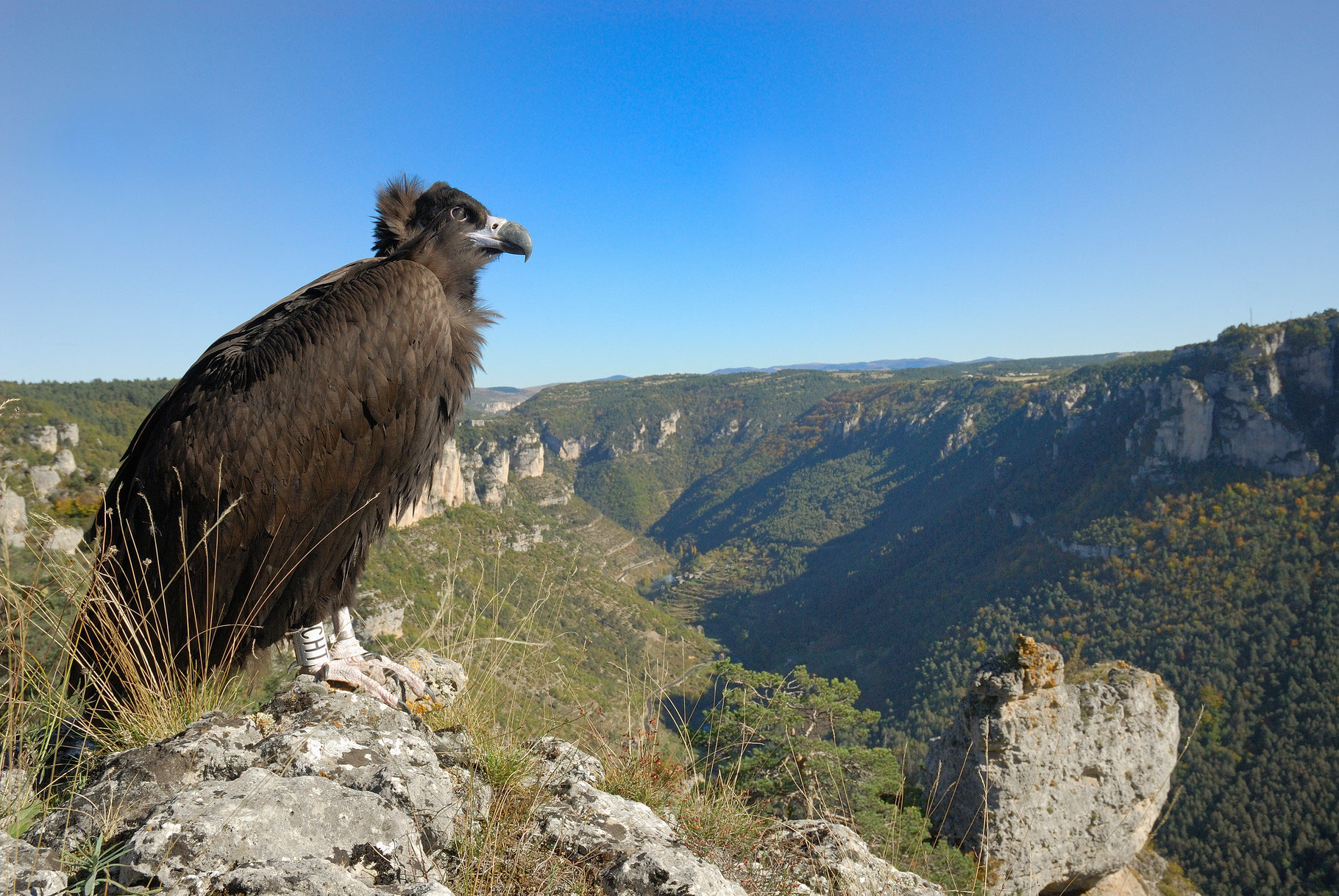 The European Black Vulture re-introduced near the village of Rougon

Vultures of the gorge

For wildlife lovers, the vultures that soar above the gorge are a huge attraction. These magnificent birds of prey were re-introduced to the area in 1999 near the village of Rougon, which we will pass through if you join either our hiking or trail running trips along the Verdon Gorge. More than 150 European Black Vultures are now living in the canyon, and various other species can also be seen.

With a wingspan of up to 2.5 metres they are impressive. There are also Griffin Vultures, and Monk Vultures, and you can spend a lot of time staring at the sky as they swoop and soar overhead. Don't worry we have yet to lose a client to them! They seem well fed.

We usually stop at Rougon village for an afternoon drink and perhaps a crepe? The cafe has a superb view down into the gorge and we are often above the level the birds are flying at giving us a unique perspective. A short walk then takes us to our overnight at Pointe Sublime, well named as it sits on the mountainside near the entrance to the gorge.

For more information about our Verdon Gorge hiking trip, or our Trans Verdon Trail Running holiday, speak to one of our expert team by calling +44 (0) 20 8144 64442 or email This email address is being protected from spambots. You need JavaScript enabled to view it. In addition to hiking and trail running we offer snowshoe and cross country skiing trips in the winter, and family summer trips.