The Heroes of Telemark 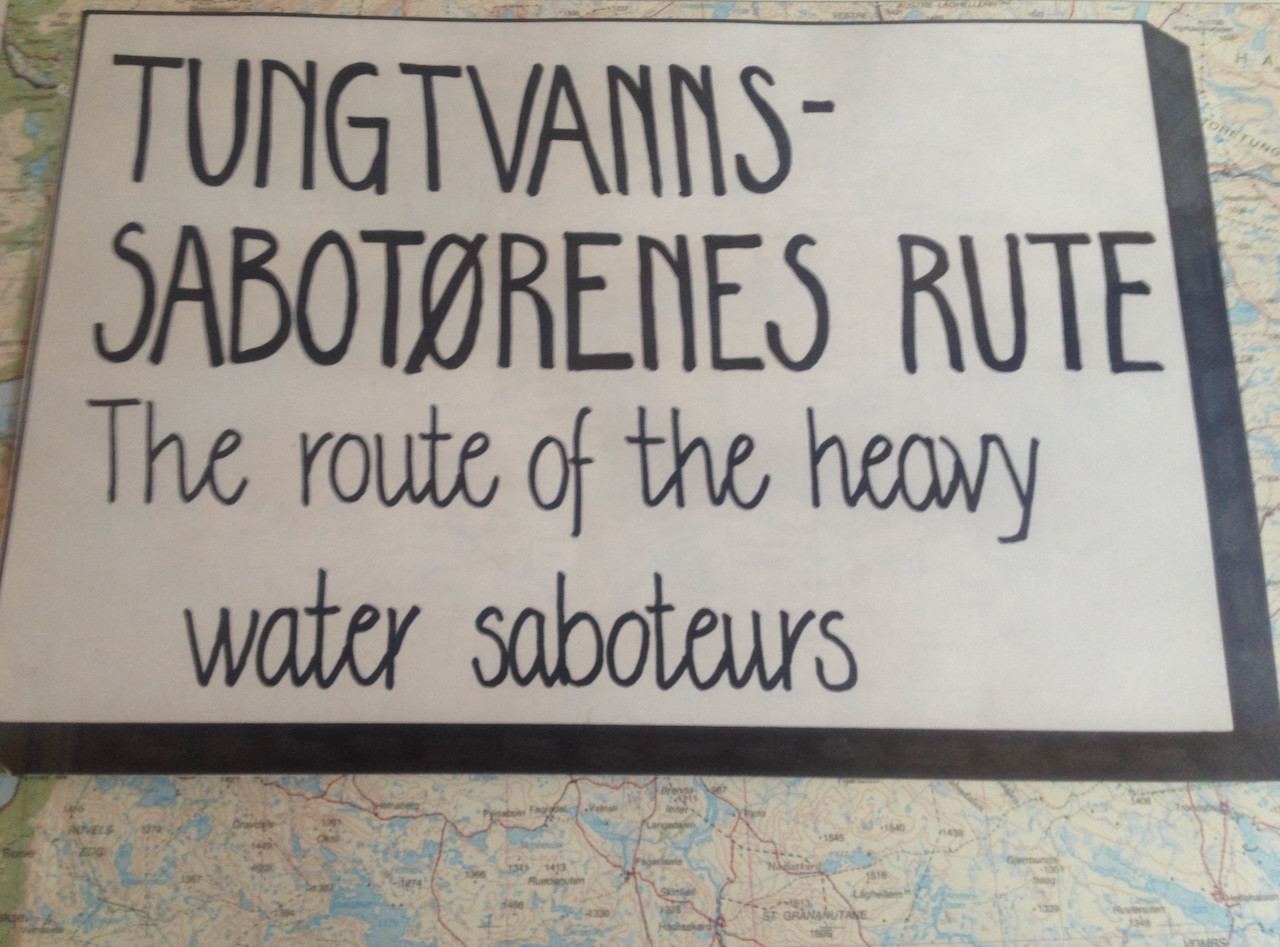 A plaque in the Helberg Hut shows the route of the saboteurs
Eighty years ago this winter, a team of Norwegians left Britain to carry out what become known as one of the most daring and important undercover operations of World War II - their goal was to prevent Adolf Hitler from building an atomic bomb.
Their story was immortalised in the film 'Heroes of Telemark' a 1965 British war film based on the true story of the Norwegian heavy water sabotage from the book 'Skis Against the Atom', the memoirs of Norwegian resistance soldier Knut Haukelid.

The Hardangervidda is an infamous plateau in the mountains of Norway. It bears the brunt of ferocious weather systems pummelling in from the North Sea. The weather is hugely unpredictable in winter and potentially life-threatening. 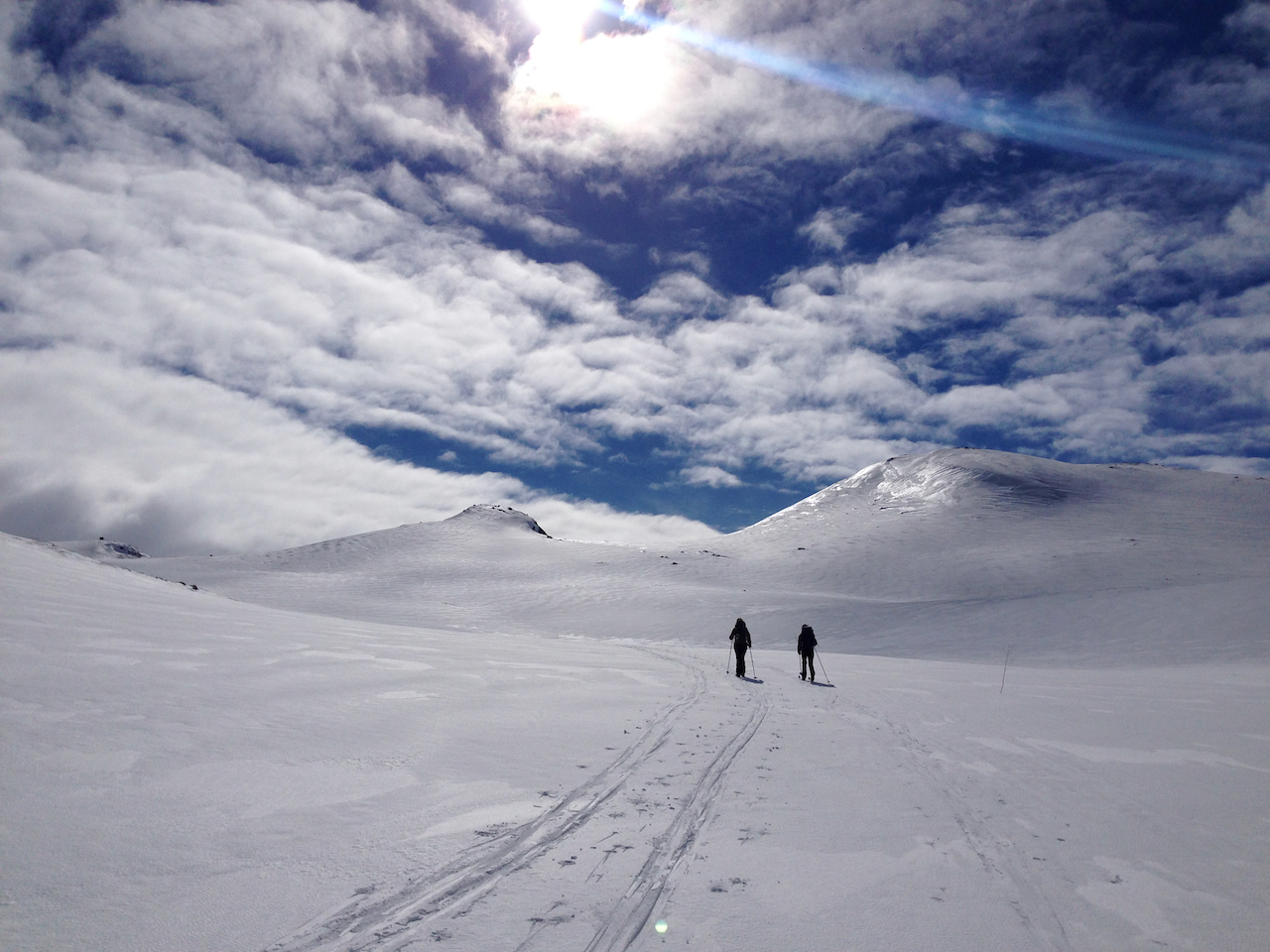 In 1943 a group of twelve hand-picked men were dropped by parachute onto the Hardangervidda mountain plateau, a good distance to the west of Rjukan and the Vemork plants where the Germans were developing heavy water.

They stayed on the plateau, some 1,200 meters (3936 ft) above sea level. They spent several winter months enduring the harsh and unforgiving enivornment on the Hardangervidda living of wild reindeer, mountain hares and lichens, their mode of transport was nordic skis. Those who assigned the task were not at all sure that the men who carried it out would survive. 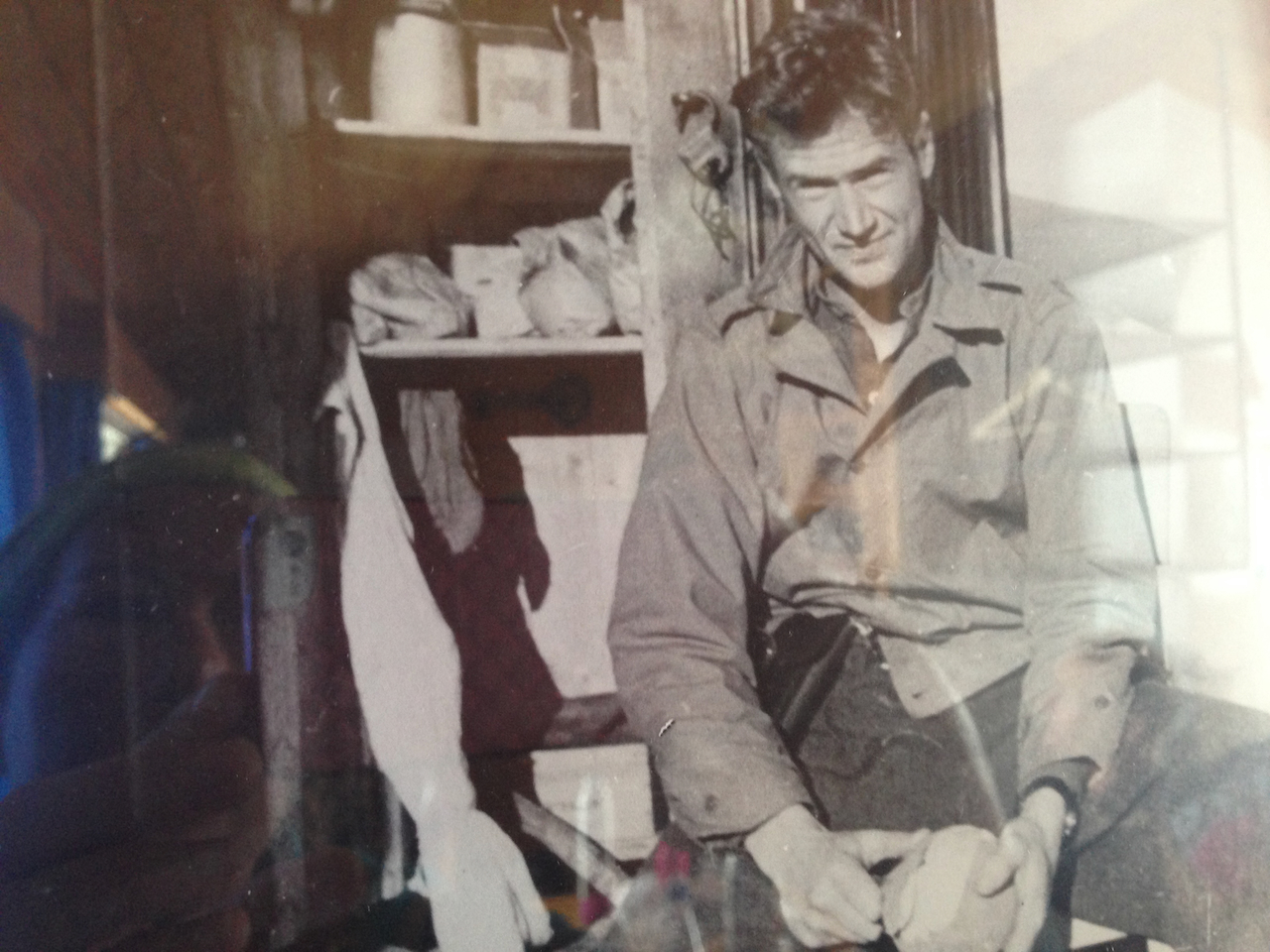 A Norwegian saboteur living on the infamous Harandervidda in winter

After months on the Hardangervidda the group of saboteurs were weakened and suffering from the intense cold. Food drops often did not make it through, and the constant need to keep moving took their toll.

To reach the Vemork plant, the group of saboteurs had to cross the river at the very bottom of the gorge, as they could not use the suspension bridge. Joachim Rønneberg, the group leader, explains that all they had to go on was an aerial photo, taken at a height of 4,000 meters (13,120 ft) , that suggested that it was possible.

It was only after Claus Helberg had been out on a few reconnaissance missions in the area that the group decided that the seemingly impossible task of climbing across the gorge could be attempted. On our Kvitåvatn: Off Track Skills & Touring adventure we spend a night in the mountains at the Helberg Hut which is dedicated to the memory of Claus Helberg.

Just before midnight on February 27, the twelve saboteurs climbed down the gorge and across the ice-choked river, edged up the rock face on the other side, and emerged by the railway track to the hydrogen plant. The cover team now had to scramble up and cut through the gate or the railings.

Knut Haukelid and Arne Kjelstrup found the path alongside the railway line, but felt reasonably sure that mines had been laid to protect the facility from intruders. They cut the iron chain that blocked the way. Jens Anton Poulsson, who was the coordinating link with the men behind signalled the main group to proceed. They were soon all at the gate. And just minutes later, everyone was in position. 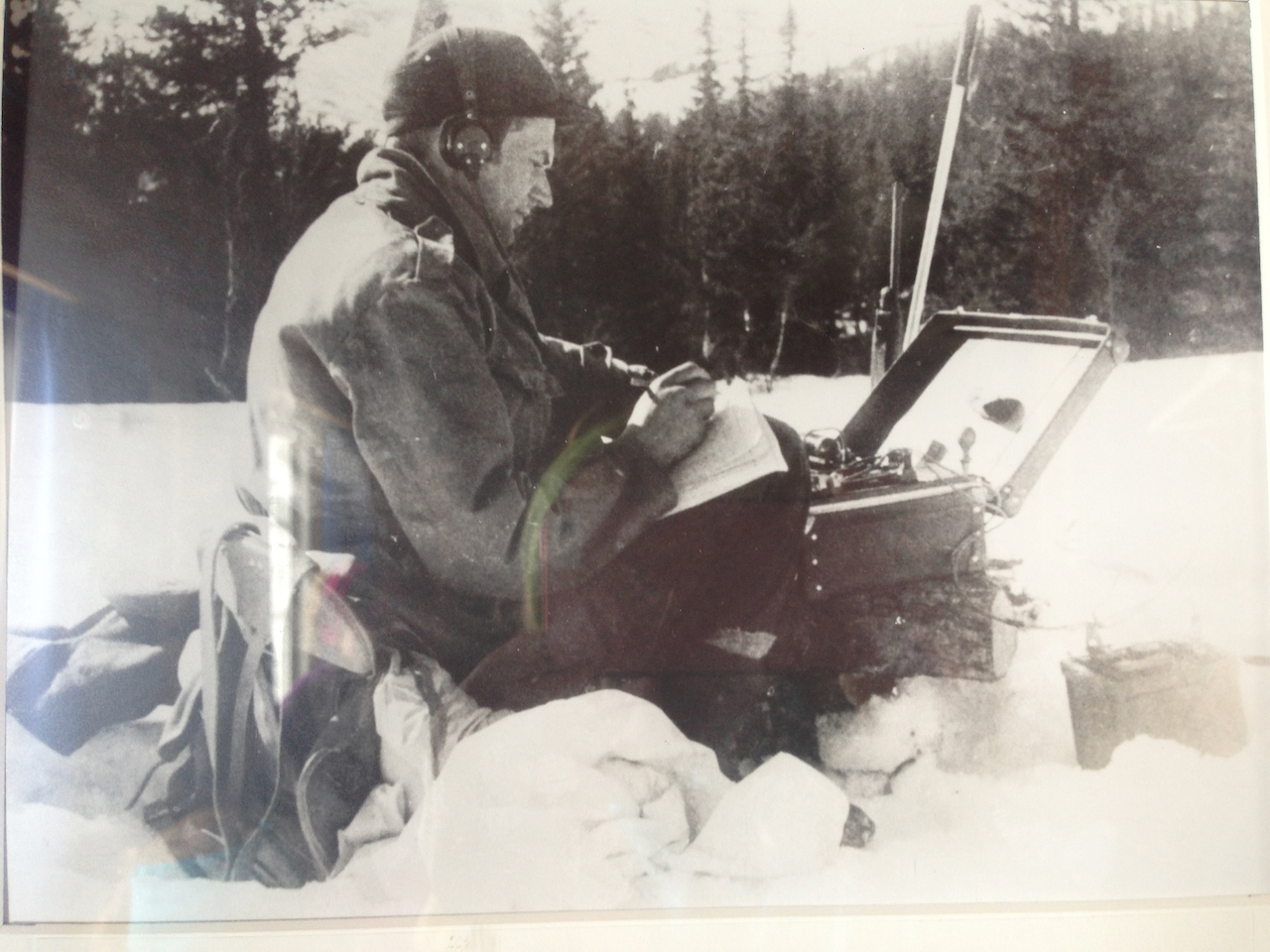 Rønneberg, who led the explosives team, tells how the group first tried to get in to the plant through a basement door, without success. The brief from London had told them to climb a stairway to a hole in the wall for the cable, and to follow the cable tunnel running below the ceiling of the ground floor of the plant.

Rønneberg and Hans Storhaug made it in this way and took the guard by surprise. Birger Strømshaug, Fredrik Kayser and Kaspar Idland broke a window to get in, but the German guards heard nothing above the powerful drone of the generators. Explosive charges were mounted and activated.

By the time the Germans realized what had happened and soldiers started streaming up to the Vemork plant, the saboteurs were already far down the railway line on their way to Rjukan. It was very dark and the snow was deep but they all got away. 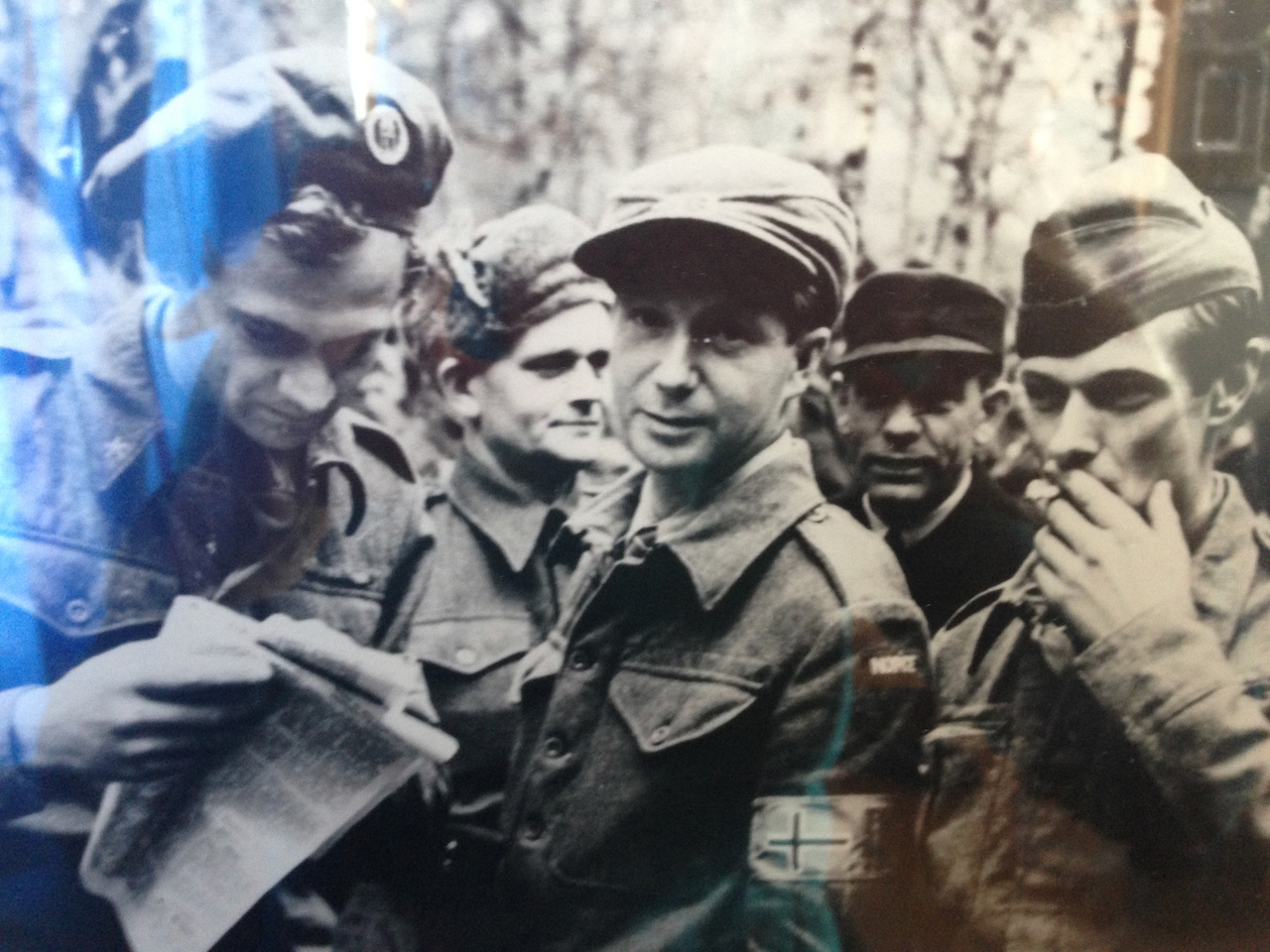 The Norwegian saboteurs who inspired the film The Heroes of Telemark

For more information about cross-country ski adventures with Tracks and Trails, speak to one of our expert team by calling +44 (0)20 8144 6442 or emailing This email address is being protected from spambots. You need JavaScript enabled to view it.