Ski epic in 'The Sunday Times' 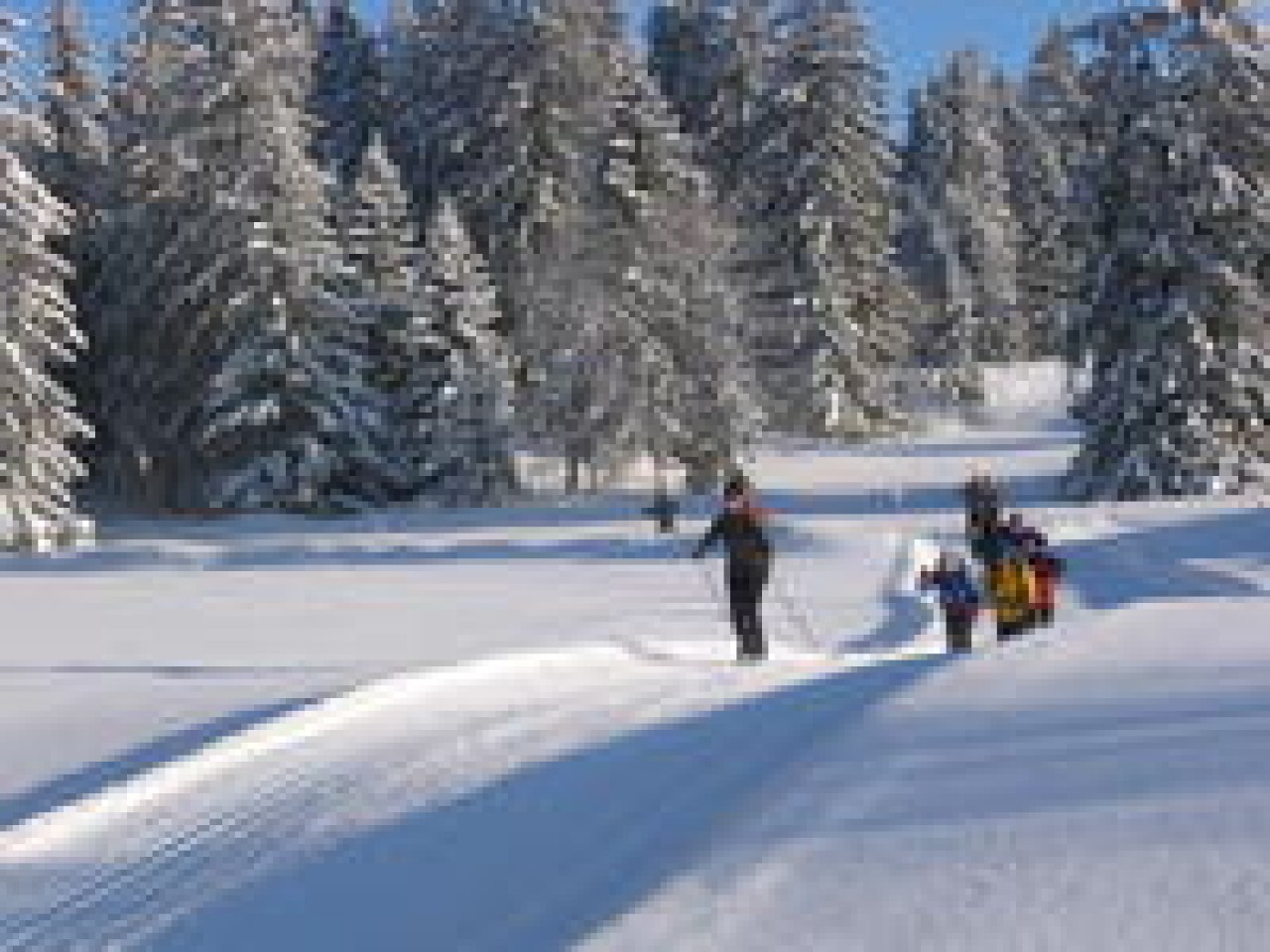 The phones have been ringing off the hook! Not sure we have 'hooks' in 2013, but you know what I mean. Travel writer with 'The Sunday Times', Jez Lazell decided that our epic cross country ski journey across the Jura mountains in France was just the ticket for a feature for last weekend. I can see it now, a log fire, a cup of something warm, the dogs lying across the hearth, and feet up with the Travel Section dreaming about winter mountains and sparkling snow crystals.

The trip which caught the fancy of Mr Lazell was the long distance 'Grand Traversee du Jura'. At 112 miles across the Jura plateau it's definitely something you can get your teeth into. Every winter we are joined by passionate cross country skiers, and if they aren't passionate at the start they are at the end, who have decide their goal will be to complete the legendary GTJ. However, it's not something just for lycra clad super athletes, reminiscent of the winter Olypmics, our version is for those looking for a stunning holiday experience, but yes, you do have to be relatively fit and capable of cross country skiing all day. But, given the views we stop for views, coffee, cake, and general 'oohing' and 'aahing' over the scenery and the special shared moments of this winter wonderland.

As stated in 'The Sunday Times' - Following a well-established, cut and pisted route along the French/Swiss border from Morteau to Giron, you don't have to be Amundsen to do this, but you need to be fit, and need to know what you're doing – the trail dips and rises for five hours per day like a gnarly dragon's tail."

So yes, we can take anyone who has mastered the basics, and can ski in control and for most of the day. But you do need to be able to do the following "the GTJ traverse is designed for those that can confidently get on their skis and go! We grade this trip as an intermediate/advanced trip. On our first day we will spend time to find our ski legs but we do expect participants to be able ski a variety of terrain and longer journeys of 20-30km in length.

Participants should be able to ski at a good pace and have mastered a controlled snowplough for both undulating and any steeper descents." A 'controlled' descent is always a useful tool in the skiers kit box, we are never too happy to see you disappearing into the woods like an 'extra' from 'Bridget Jones'. Though, unlike the film, we don't expect you to end up skiing straight into a pharmacy and demanding a pregnancy test kit! Bridget Jones fans will understand what I mean. It's more likely that on the GTJ you will be skiing straight off the tracks and into a coffee bar for a large slice of home made cake.

Of course, with Tracks and Trails it's all very civilised and your bags are taken round by taxi each day, while you carry just a small day sack with your comfort items. In the main the tracks are all cut and pisted with just occasional non-cut sections. It all makes for a fantastic journey in the spiritual home of French cross country skiing.

Needless to say it's not news to the French and Swiss who live on and around this frontier ridge line. Each spring normally in February they stage the famous long distance race the Transjurassiene which attracts thousands of cross country skiers from around the world. Both Julia and myself have taken part in the race and the experience is really something to be savoured, not sure I did feel like I was having a totally savoury moment while climbing the dreaded 'hill', but hey ho.

So this winter - what's your challenge going to be? According to 'The Sunday Times' -

Join us on the now famous Grand Traverse of the Jura on cross country skis this winter.