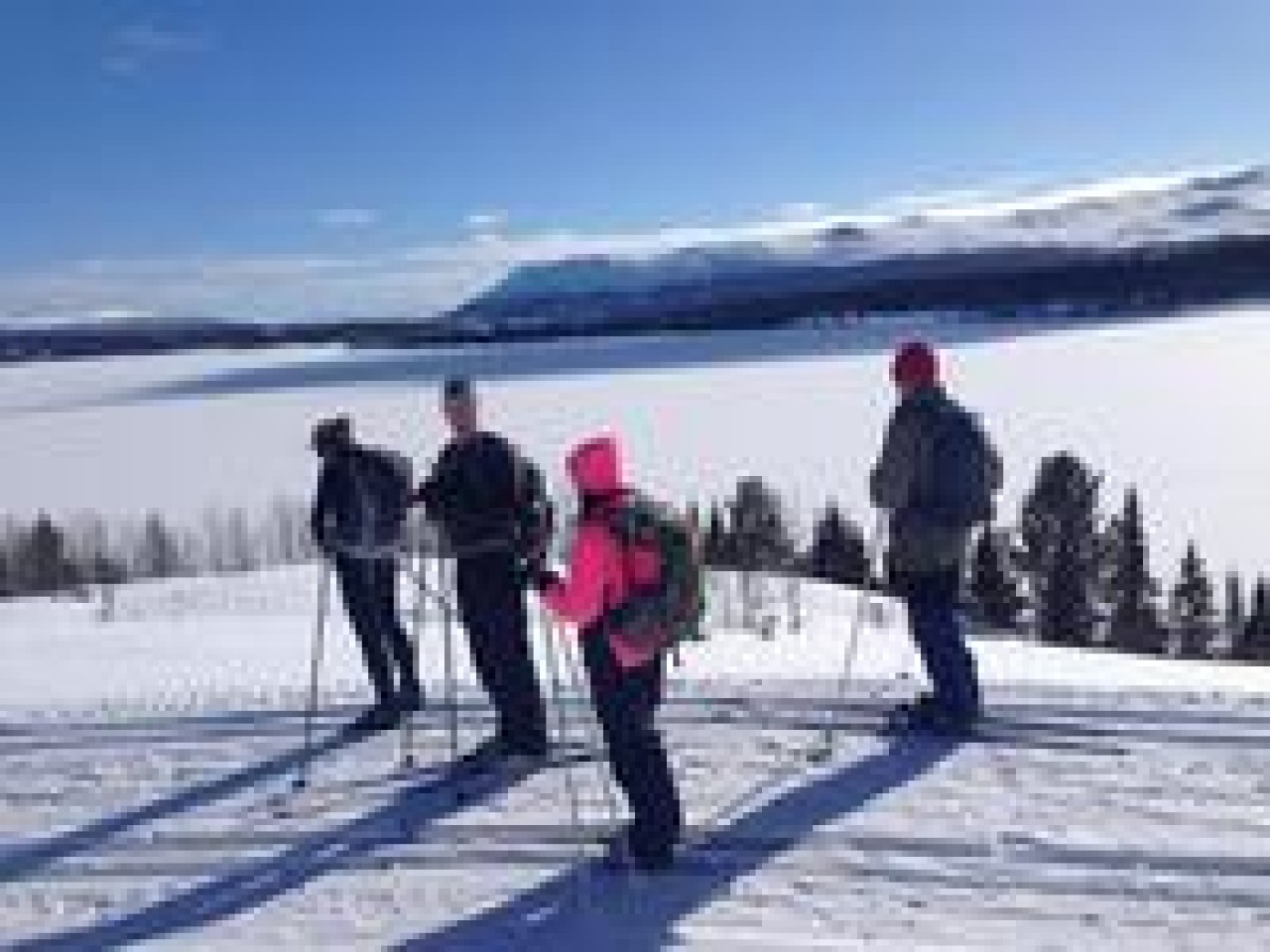 When I think of Peer Gynt I associate the name with the character in the famous play by the Norwegian dramatist Henrik Ibsen, but I have to say that thoughts of drama on the stage have been replaced by drama in the mountains! Last year, for the first time, we took our clients to Norway to ski the 'Peer Gynt' trail, and it was stunning.

The cross country ski trail travels for 100 km along the remote Peer Gynt Mountain Road through beautiful scenery.The region is well known for its natural beauty and there are good chances of seeing wildlife such as elk, foxes and birds of prey along the way, it also gives magnificent views of the Jotunheimen and Rondane mountain ranges.

En route to our first hotel we do in fact pass through the village of Sødorp by Vinstra, it is the highest village in Norway to be occupied all year round, and it was once the home of the real 'Per Gynt'. The same character that inspired Henrik Ibsen when he wrote his world famous masterpiece.

The Peer Gynt ski tour is a first rate introduction to the idea of travelling on nordic skis through the winter mountains. The skiing is all 'on track', and after each snowfall the track machines set out to prepare the trails to ensure they are in tip-top condition. On my visit last year we saw virtually no other skiers, and found it hard to believe that we had this wonderland of snow all to ourselves.

In Espedalen, our start point, they begin to prepare the tracks as soon as they have enough snow and usually keep going until mid-April. Track machines in Espedalen have GPS with GSM transmitters so that the status of preparation are updated in real time and published on www.skisporet.no

It was the first time I had seen this type of 'track' forecast and it makes a huge difference to the day if you can set out knowing what you are likely to find on the trails.

We use classic nordic touring skis, either waxing skis which are the ones for hire locally, or 'fishscales', and it is a great chance to learn the art of waxing. I think what is also really enjoyable is that you have a feeling of being part of the Norwegian culutre of skiing. This is where it all started, and developed as a way of travelling between communities in winter, and there is a strong sense of that history as we ski between remote village and lodges.

The terrain is typically 'nordic', in that we ski on rolling mountains and across plateau, enjoying views to the far Rondane and Jotunheimen peaks. The days take on a sense of exploration, something I think which is largely due to the lack of other skiers. For our first trip we had a great bunch of people, some old friends from previous Tracks and Trails trips who were very experienced, as well as some new guests who had limited skiing experience, but a very good attitude and fitness.

The great thing about the Peer Gynt Trail is that it provides a real sense of journey, but without hugely challenging conditions. Last year we had two guests who rarely get the chance to nordic ski, and who to be honest had limited experience, but they managed fine! A good sense of balance and fitness stood them in good stead, and this year they are both back for more and aiming to ski the Grand Traverse of the Jura with us this winter.

The hotels were also rather a surprise for the group - proving to be 'much fancier than we imagined'. Great Norwegian food, and a sauna in every hotel, and sometimes even a pool, meant that any tired muscles were well catered for at the end of the day. I was ticked off for not having made enough of this in the itinerary! We have now tried to make this clear in the trip description, so yes, do bring your swimsuit.

One of the highlights for me is staying at Fefor by the lake, in an old hunting lodge with roaring log fire, and a stunning buffet meal. The only problem was that we all ate too much, and struggled to get going the next day. The lodge has a rich and fascinating history and has played host to Kings and Queens, polar explorers, and the rich and famous. It was here that Scott chose to test his motor sledge before the polar expedition to the south pole of 1912.

We already have bookings on this years Peer Gynt trip and are very much looking forward to getting back to the land where skiing was born. Join us; you will love it, and I am sure it will just be the start of your ski touring career.

Explore the Peer Gynt trail on cross country skis with us. Open to intermediate skiers and above.