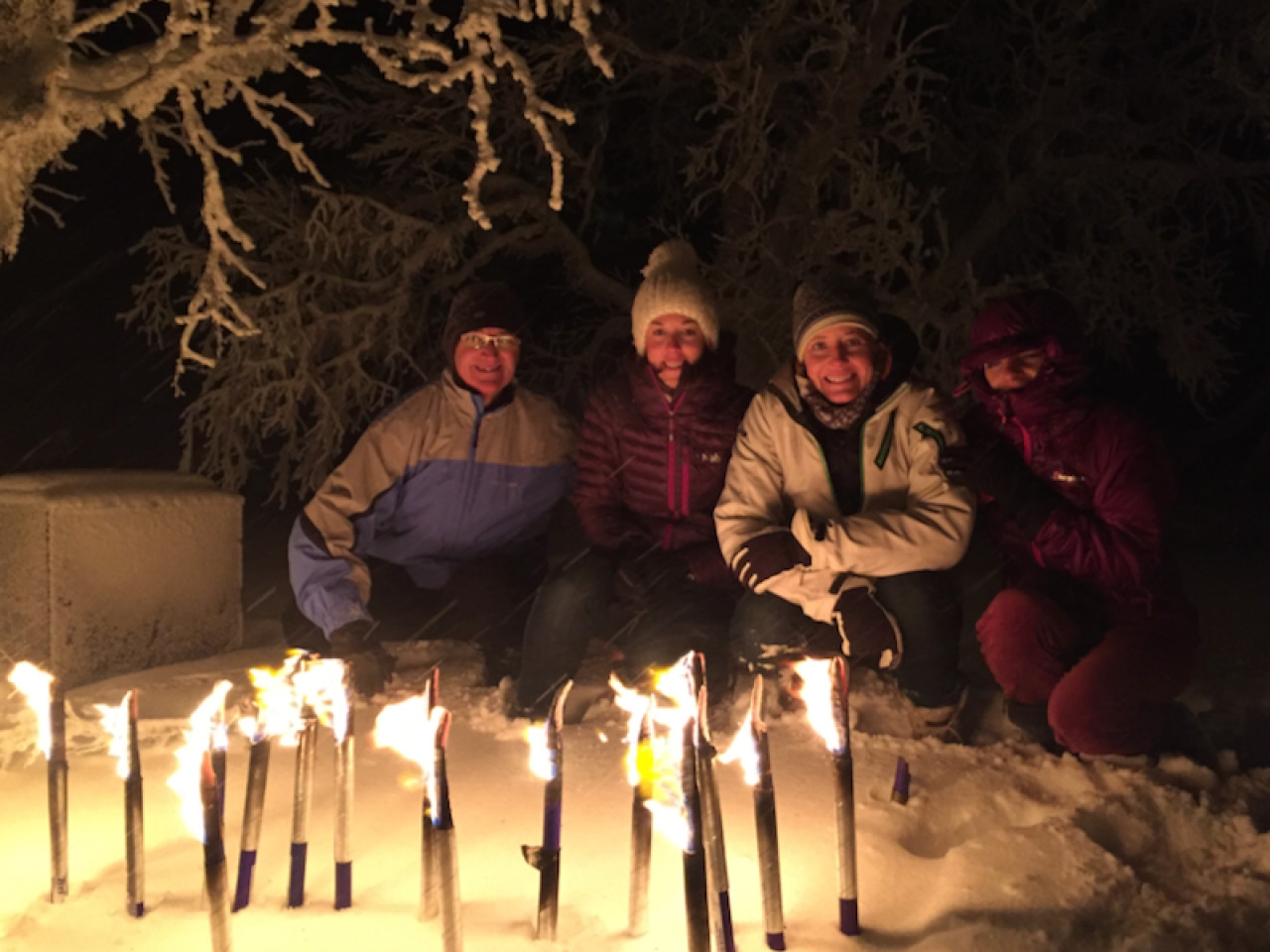 New Year by candlelight in Norway

Sharp, crisp air. The sun fighting to get over the horizon. Golden and pink hues to the sky and the snow. Glowing cheeks and an appetite for breakfast growing as the kilometres ease beneath your skis. What better way to blast away any over indulgence over the festive season than to start the year playing in the snow?

Our New Year in Norway cross-country ski trip came from the idea that there most surely be folk out there who want to get away from it all, and start the year with a week of gliding through the Norwegian winter landscape. Sure enough there were, and over the last five years it has been a joy to provide ski coaching to a great group of people who are just loving being out in the mountains on 'skinny' skis.

Norwegians literally grow up on cross-country skis, and this is never clearer than at New Year when families head to their log cabins in the mountains to celebrate the year leaving and the one just arriving. The earliest record of a form of ski is This is the country regarded as the birthplace of skiing, a land where thousands of years ago, 3200 BC,  the people discovered that by strapping wooden planks to their feet they could make better progress through the snow of winter.

Out on the ski tracks there will be several generations of families, from grandfather on his wonderful old-style skis to the baby being dropped along in a pulk. A pulk, a long low slung sledge, is widely seen on the ski tracks. Originally used for transport, made out of wood and other natural materials, and often pulled by reindeer they have long been a common sight.

Today they are still towed by skiers heading to remote areas and filled with supplies, but it is more common to see younger family members wrapped up in furs and sound asleep as the kilometres slide beneath the skis of their parents. 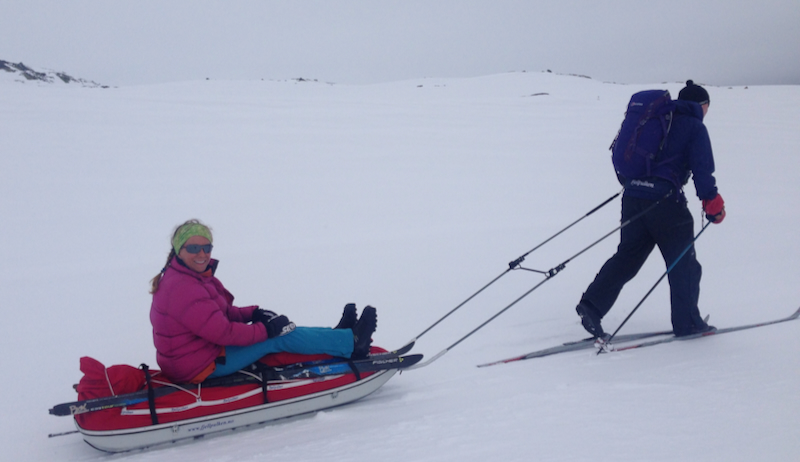 Catching a cheeky ride on a pulk

After a day of playing on the snow a good meal is something to look forward to. Turkey is the most common dish on New Year's Eve, but our hotels have tended towards traditional Norwegian dishes.

Norwegians love their fish and also dried meats. One of the traditional dishes is Pinnekjøtt (‘stick meat’), a dish often served at Christmas. This is generally salted dried meat, mostly sheep, which is served with boiled potatoes and mashed turnip.

Dress code for dinner? Well, it's up to you but in general our guests like to make an effort and its not unknown for a tie, and a 'little' dress to be packed with the ski clothes for this trip.

New Years Eve dinner wouldn't be the same if the dining room didn't descend into silence at 7.30pm for the King's speech. Generations of Norwegians will have settled in front of the television, or by the radio to hear the words of King Harald V. The King's speech has been televised every year since 1960, with a viewing audience of around 800,000, but it is to the radio that we turn for half an hour of listening to what seemed to be meaningful words, if only some of us spoke Norwegian. Still it provides the chance for a toast before heading outdoors to watch the stars, or on occasion the Northern Lights! 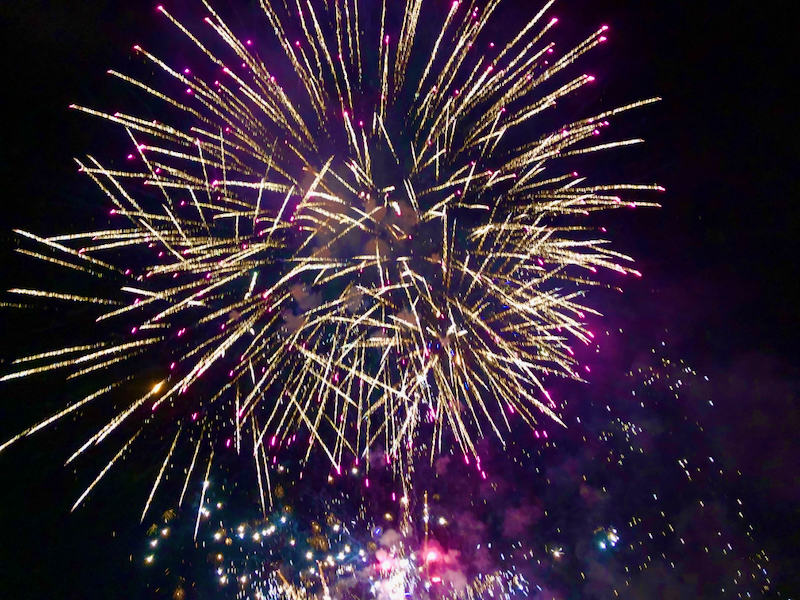 We have experienced two very different types of celebration on our trips at this time of year. The first is a service in a mountain chapel followed by a torchlit procession back to our hotel for a warming 'toast' to friends, and the second is a spectacular fire works display that lights up the night sky with colours of all hues. Major fireworks displays take part in cities across Norway on the 31st of December.

We have on one occasion been treated to the aurora borealis, though this was long after the fireworks had subsided and the sky had returned to the intense darkness you find in Norway in winter.

This year our trip beings on the 26th of December, 2022, however, if you wish to arrive a day later we can adjust the trip fee accordingly.

For more information about cross-country skiing with Tracks and Trails, speak to one of our expert team by calling +44 (0)20 8144 6442 or emailing This email address is being protected from spambots. You need JavaScript enabled to view it.