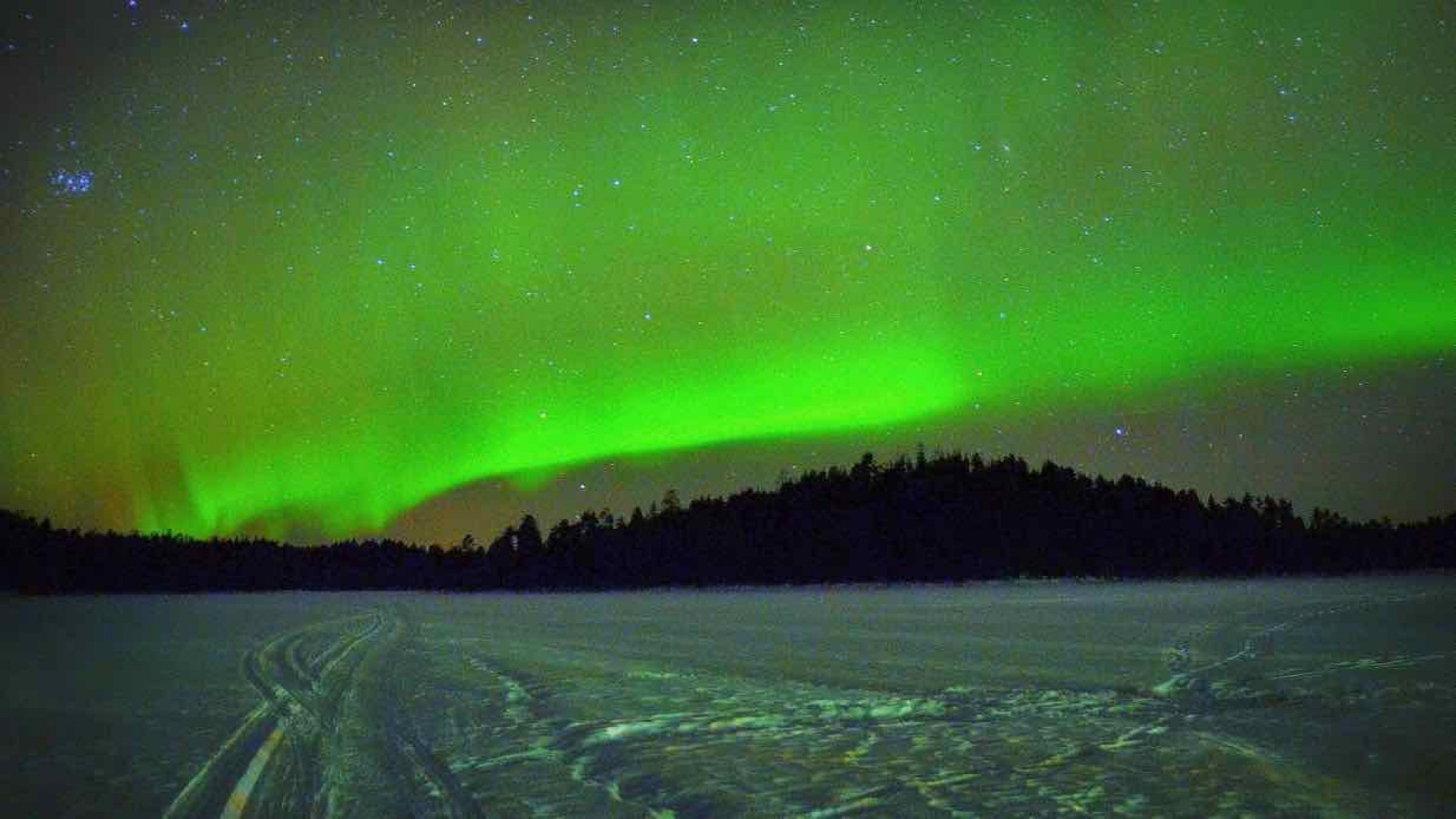 Featuring in winter 2019 is Finland. We have two new cross country skiing trips in this truly Nordic country.

We have been surprised and amazed by the richness of the culture and history in Finland. The welcome has been warm and the Finnish people keen to share their knowledge and passion for their country. To sit round a lunchtime camp fire deep in a remote forest and listen to tales of goblins and suchlike, and stories of the folklore of the Sami people is a joy.

Aurora? What can I say about Aurora as she came to be known? Every night of the week around dinnertime somebody in the group would consult the “Aurora” app to check the probability of seeing the Aurora Borealis and when it would be best to layer up and venture out into the night. Such was the nightly conversation that THE Aurora, took on a female form and simply became known as ’she’ or Aurora. Regular question - when is Aurora coming out to play tonight? I’d not seen the Northern Lights before and truly they are astonishing - mesmerising, like watching flames in a fire but way colder and incredibly beautiful. I’ll definitely be going back to Äkäslompolo with T&T but first I have to tick off their Hallindgal trip in March. Bring it on!

Staying in a mix of hotels and wooden cabins once used to house the frontier guards protecting the border from Russian invasion, and in the homes of local people such as Helena was a mind-opening experience. Helena who runs a guesthouse at Arola has many stories of the last time the Russians ‘popped’ over the frontier uninvited. She also has wonderful tales of helping Russians friends to ‘pop’ over to buy cars and whatever else they lacked in their homeland. She has a fine collection of silver samovars donated by friends in search of Ladas. Now, that was a car!

For those who have done some cross-country, but now want to work on improving their technique. We spend three days at the famous winter resort of Vuokatti where you receive first class instruction to improve your skills and confidence, and then do a 3-day adventure journey along the Finnish Russian Frontier. This is a brilliant introduction to ski touring for those who are still in the early stages of their ski career and would like to truly travel on skis.

A unique opportunity to develop your skiing then put it into practice and ski a point-to-point journey along the frontier between Finland and Russia. Our route follows the Eastern Border winter trail, taking you through pristine wilderness areas. If you have a sense of adventure and would like to experience the joy of skiing through a beautiful winter landscape where few others go, then this is the trip for you. 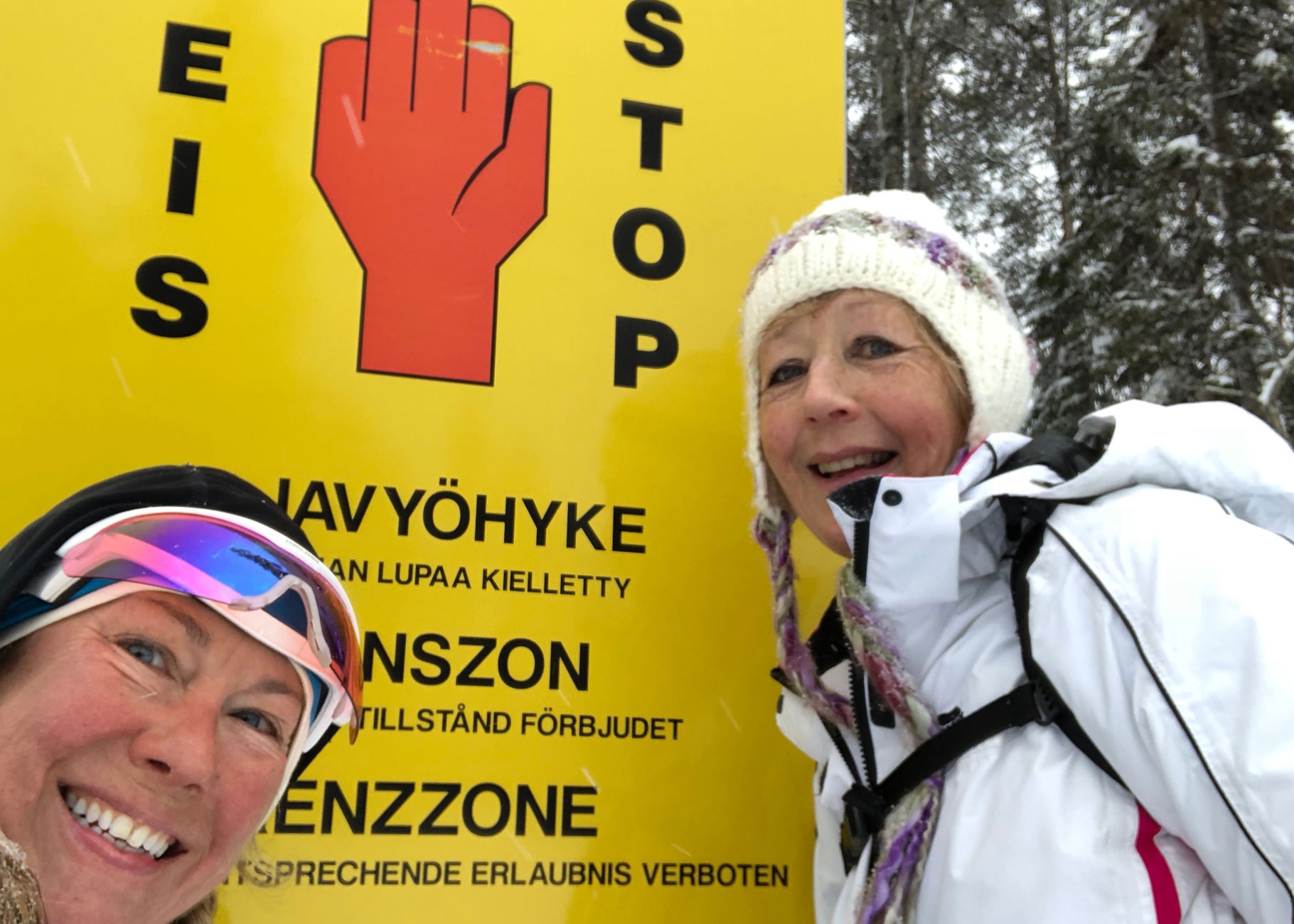 Ski Lapland: Beyond the Arctic Circle

We also have our great new itinerary to Finnish Lapland with dates on line now for 2020. Read on and you will see why you need to plan ahead to secure a place on this particular trip!

Lapland is a land of myth and legend, of wild reindeer herds, and wilderness, and, of course, the truly amazing Northern Lights. Such is its popularity that early booking is necessary to ensure a piece of the action at Äkäslompolo. However, it will be Finnish voices you hear on the tracks and we found that it was rare to hear English spoken.

We use the best hotel in the resort, the Hotel Ylläshumina built in traditional log cabin style and dating from 1945. It was then that Aapi Äkäslompolo founded the first of Ylläs' hotels here. The hotel is now owned and run by Toivo Qvist a former member of the Finnish cross country ski team. Jim Wilkinson, from England, who joined us at Äkäslompolo earlier this year loved the skiing and the culture and put together a few thoughts on the trip.

"Äkäslompolo is up north, and I mean way up north. That means it’s cold, not the UK spin on cold as in wet and damp, but the Finnish crisp air, blue skies and to-die-for cross country snow conditions. Äkäslompolo, or Ylläs as the general area is known, is so popular with the Finns for skiing that hotels don’t even bother advertising because they are already booked for next year and the one beyond.  So, as a group of English speakers we were a bit of an enigma rocking up at coffee stops and huts on the trails - kind of a special experience for them and for us.

The extensive network of ski tracks in and around the sprawling town and frozen lakes meant that we were never short of somewhere to explore.  On an earlier trip with Tracks and Trails I learned the term, “undulating” and that certainly applied here, nothing too demanding, but more than enough to be interesting.

Our week wasn’t just about skiing, we found time to visit the Lapland Snow Village. I’d heard about these crazy hotels made entirely of snow and was bowled over by the detail of the carvings in the walls and the sparkling ice statues. The whole hotel had been built, carved, decorated or whatever the term is in the theme of ‘Game of Thrones.’ The Snow and Ice Village visit was my number 2 daytime highlight, number one was the “Thursday” trip. 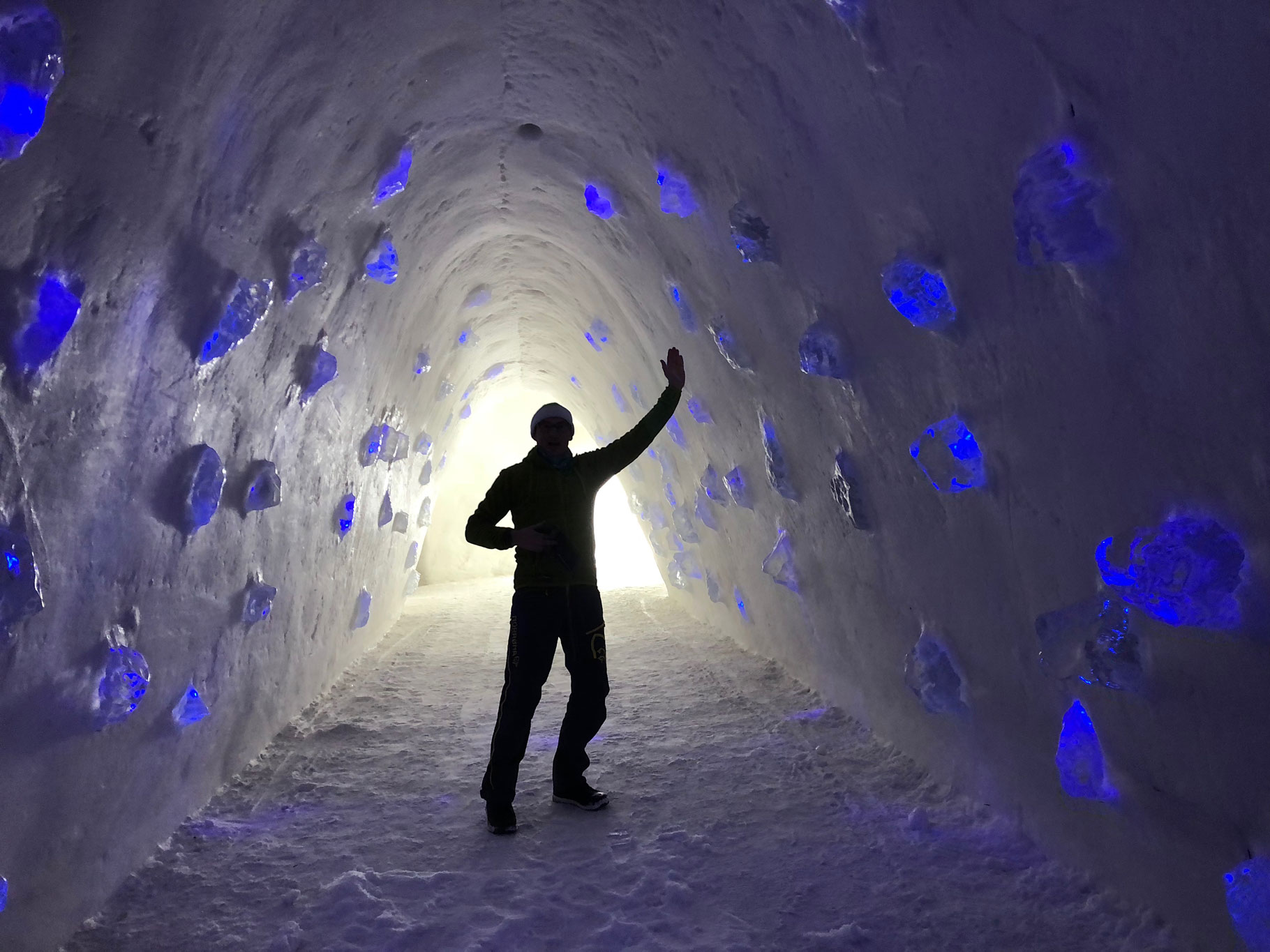 Once a week there is a scheduled bus that rounds up people and their skis, drives them 20 km away, dumps them and drives off! As there’s no return bus the only way back is to clip-in and follow the Finns along the forest trails. For lunch we headed to a typical “kota” to cook our local-style sausages that we’d carried for the past 10 km. A kota is a traditional wooden hut, rather like a wigwam, where there is always a supply of wood so you can light a BBQ! All terribly civilised and great for warming up if you get cold skiing.

Along the tracks we found all sorts of evidence of wildlife. For me the most interesting were imprints in the snow where a bird’s wings had beaten the ground during lift-off. Lindsay, our Track and Trails Ski Instructor, said it was a grouse taking-off from the snow. Actually, there was another very interesting wildlife moment, but Lindsay told me not to mention it as it might be too gory! Ok, I will then. As we were skiing along we saw lots of evidence of wild reindeer herds in the vicinity, the snow was very trampled and hoof prints were in evidence. After a few kilometers further we heard a shriek and then a giggle, and it turned out that one of our team had found a reindeer ‘leg’, yep, that’s all a ‘leg’! Not sure what had eaten it but an example of survival of the fittest and nature in the raw. We skied a lot faster after that!

Our trip to Lapland in 2020 already has dates available, early booking is necessary. If you are interested in a private trip to Äkäslompolo in 2019 then do contact us.

Ski Lapland: Beyond the Arctic Circle