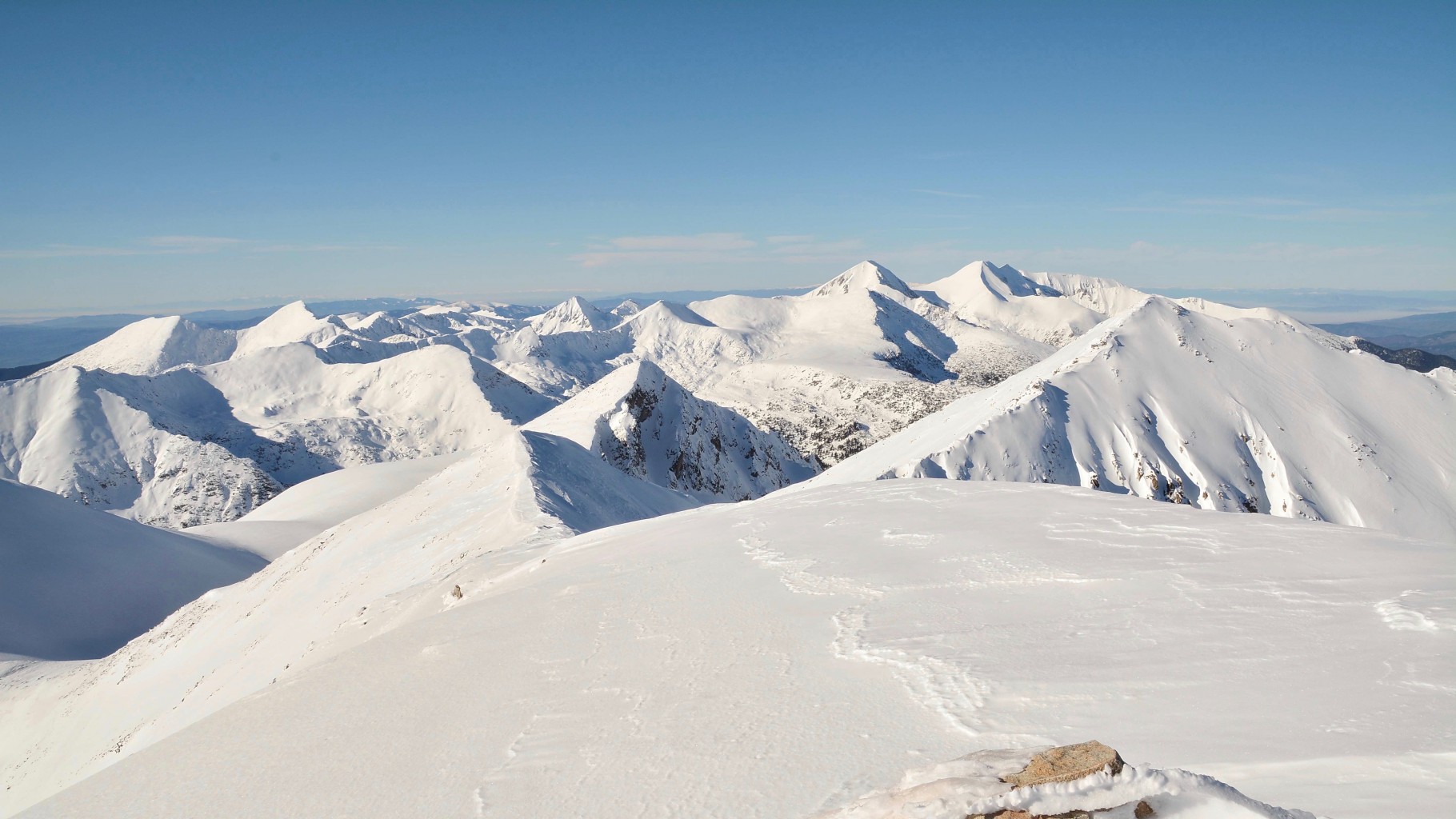 A country full of surprises. Without a doubt Bulgaria has wonderful mountains offering some extraordinary opportunities for snowshoeing. With a reliable snowfall it is fast becoming a well-recognised destination for winter activities and is our new snowshoe trip for 2019.

Bulgaria dates back to the 7th century making it one of the oldest states in Europe, and offering visitors, a true cultural experience. During this week of snowshoeing we will hike in various national parks in the Rhodope, and Pirin mountains, which on average have 2 to 3 metres (6 to 9ft) of snow.

The mountain ranges of Pirin and Rhodope offer excellent snowshoes routes and on this trip we will visit both areas. The Bulgarian National Parks are home to a rich flora and fauna, including brown bears, jackals, wolves, wild boars, deer, and chamois. We will combine snowshoeing through pine forests, plateau, summits, and ridges, with the chance to experience the ancient culture of this beautiful country. With a professional local qualified guide you will have the chance to get 'under the skin' of Bulgaria learning about its turbulent past, and how its people see its future. With our starting point the ancient capital of Plovdiv, declared European Capital of Culture for 2019, we believe this to be an action packed itinerary! Lindsay Cannon joined our local guide Stoyan Shirov to learn more about his homeland.

“Stoyan Shirov is the new generation of Bulgarians, he is a young man with an excellent education who is using his drive to promote a country he is proud of. A country that is still recovering and emerging from communist rule. Four years ago he set up his own business offering hiking and snowshoeing trips and in 2019 he will run snowshoe trips for Tracks and Trails. Having spent a week with him in the mountains I can vouch for his skills and his amazing knowledge of Bulgaria. Time spent with Stoyan is time spent with a walking encyclopaedia of Bulgaria’s turbulent past and promising future. I learned about everything from folklore to lavender fields, to how his great grandfather was murdered by the Communists during the uprising of 1945.

It is a land where turbulence is no stranger in a country with a rich history. In 1396, Bulgarian was subjugated by the Ottoman Empire, a time when the Turks eradicated the Bulgarian system of nobility and ruling clergy. It was to remain part of Turkish territory for the next five hundred years. After 1700 the Ottoman Empire declined and the country showed signs of revival with a large peasant society but growing urban middle class. Fast-forward to World War II and Bulgaria is now a Communist state. In the 1980s the collapse of the Communist system in Eastern Europe marked a turning point for the country's development. A series of crises in the 1990s left much of Bulgaria's industry and agriculture in a shambles and then in 2007 the country joined the European Union. Since then the economy has been growing steadily, and now ‘mountain tourism’ is playing an integral part in this growth.

Adventure tourism visitors will witness a country with a wealth of culture such as in the ancient city of Plovdiv which in 2019 will be European Capital of Culture. On our snowshoe trip this will be your first overnight stop when you will be given a tour of the city. From Plovdiv you will visit the the Rhodope National Park famed for its rich flora and fauna, including brown bears, jackals and wolves. It is also home to some ancient trees over 500 years old, and is the only breeding area for griffon vultures in Bulgaria. Such has been the success of the re-colonisation of the brown bears that bear watching is now a bookable tourist activity!

From the Rhodope we go on to visit the Pirin. In 1983 the Pirin National Park was designated a UNESCO World Heritage Site. The park contains 176 lakes among 400 square km (250 square miles) of fragrant pine forests and granite peaks. Fang-toothed predators make their home here, but exploring on snowshoes we are more likely to spot the park’s abundant birdlife: wall-creepers, peregrine falcons and four types of woodpecker number among 170 species seen here. The Pirin mountains are also home to more than one hundred peaks reaching over 2000m (6560ft).

If you truly have a sense of adventure then join Stoyan in Bulgaria this coming winter and allow him the opportunity to introduce you to his country.

We are delighted that Tracks and Trails is working with young people such as Stoyan Shirov to help grow a fledgling Bulgarian guiding business.