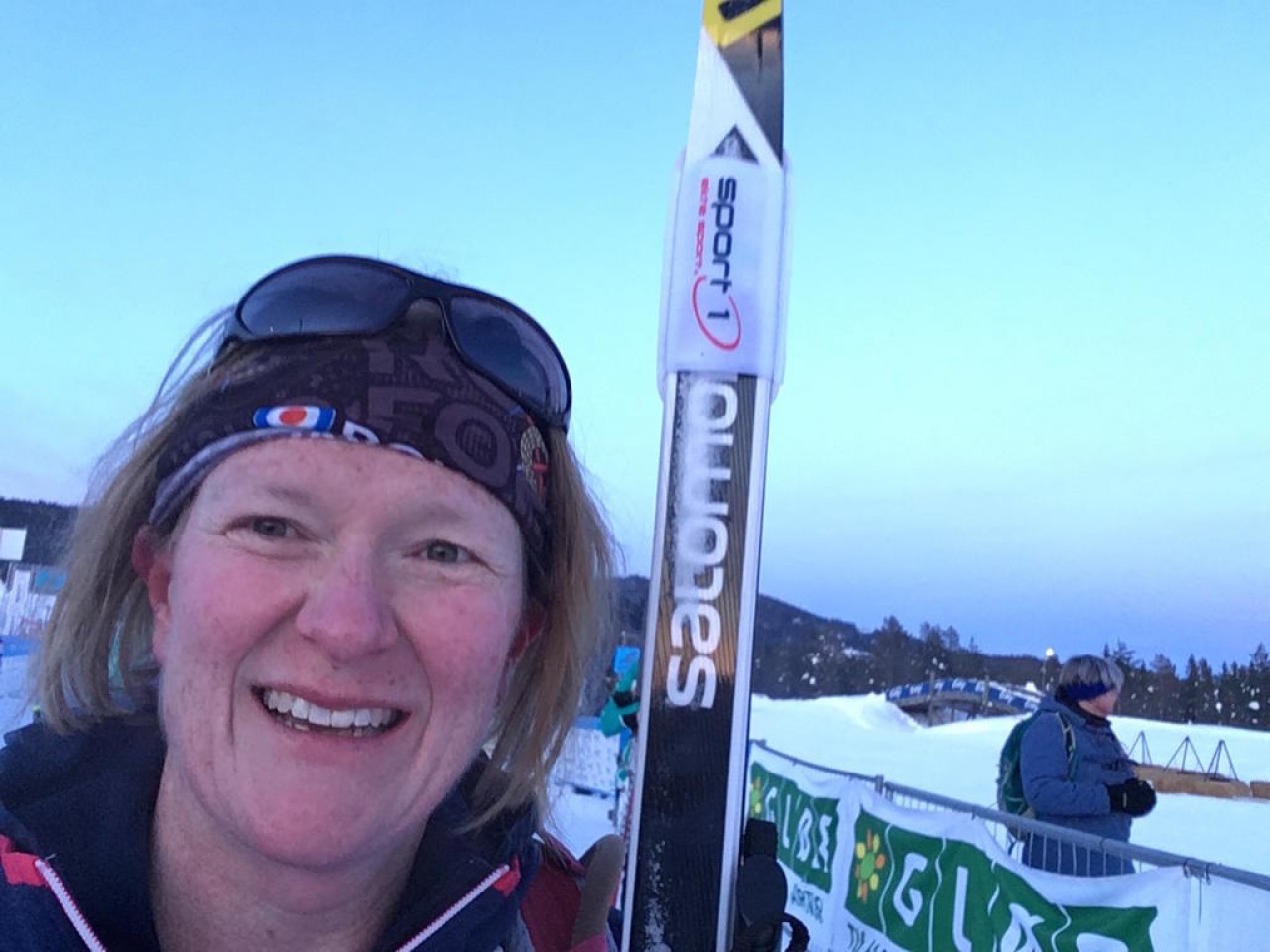 Lizzie - Tired and emotional at the end!

A few months ago, I wrote a short article about being inspired to take part in the Birkebeiner, a world-famous 54km XC Ski Marathon from Rena to Lillehammer, Norway. Well, I’ve only gone and done it!!!

Despite very cold temperatures between -5C and -26°C, the skies were blue, the snow was fresh and the crowd were enthusiastic. I knew I’d put the time and effort into my fitness, I’d done a 40km training ski about 4 weeks before and spent the previous week in Austria ski mountaineering. Whilst I was nervous, I was also quietly confident that, although I wouldn’t be breaking any records, I could get myself round.

The atmosphere was amazing. From the minute we arrived in Rena and settled onto our foam mattresses in the school hall, to the final km going into the stadium at Lillehammer, everyone was really friendly. And the Norwegians really know how to cheer you on!!! I was part of a group of 11 members of the RAF Nordic Team. Our experience levels varied from guys who had been doing this for years, to 3 team members who had only started skiing in January! We were in a number of different start groups, so as our numbers started to dwindle, I took my place in group 22 and waited for the off. Fortunately, being in one of the later start groups did mean that I was with mostly recreational skiers. The frenzied start I had been warned about failed to materialize and everyone set off at a polite but steady pace. The route immediately starts with a long slow climb, and just like anyone who has ever done the Great North Run or similar, within the first 500m there were people having faffs with skis, waxes, clothing etc. I just skied my own race and kept going at a steady pace. I’m not sure whether I was pleased or demoralized by the fact that there was a marker at every km, but I started ticking them off. There were also refreshment stands every 5km, so again, something to keep ticking off and moving forward. 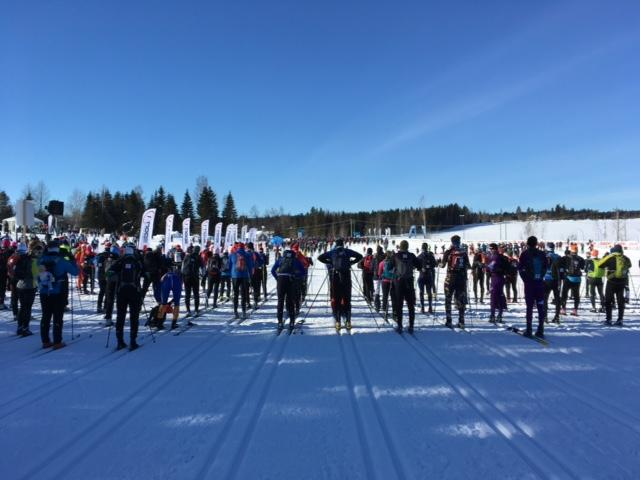 All was going incredibly well and I was feeling really good having just climbed the second of the hills and hit around the 24km mark. And then disaster struck. Relaxing and enjoying a slide down the other side, I have no idea what I hit in my track but I was summarily ejected at speed and landed in a heap. Winded, and initially fearing the worst (a broken leg sprang to mind), I slowly got myself together and got to the edge of the tracks. A quick body check revealed I could still stand (phew – my leg obviously wasn’t broken). My ribs were incredibly sore and I had obviously managed to impale myself on my pole on the way down. Still, I had already done 24km and I am not one to waste effort. I had a strong word with myself, “Come on Lizzie! You’re almost half-way and you didn’t come here to drop out!” and off I set. Despite the sore rib, I just managed my pace so that I was never breathing too heavily and I figured I probably wasn’t going to die. The next 30km became about a steady pace and just keeping going. At about 5pm I had around 14km to do, mostly downhill, and it was starting to get really cold. The sensible thing to do would have been to stop and put on another layer, but the ‘it’s only another 14km, just get on with it’ voice was too strong. I persevered and arrived in the stadium 8hrs and 8mins after I started, freezing cold, but ecstatic to have made it! 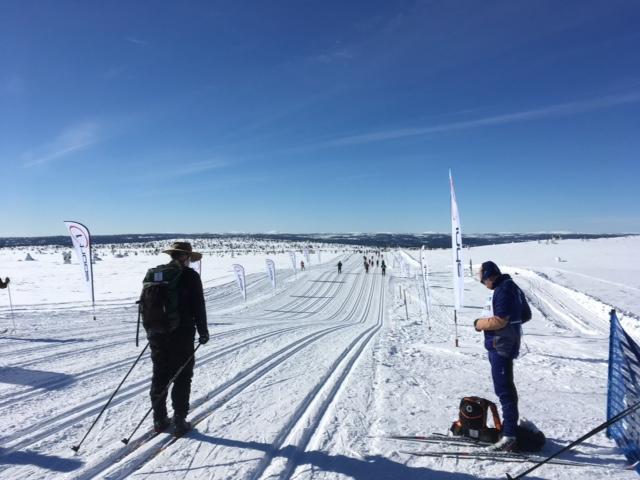 The trail ahead - fabulous weather & views!

When I first started looking at the race, I just wanted to get round in one piece, without being stopped for being too slow. As I have trained, I had settled on around 8 hours being my target time, so actually, taking into account the fall and bruised ribs, I was really pleased. From a recovery perspective, I haven’t had any horrendous aches, just the bruising. ‘Train hard, ski easy’ is the way forward.

I have been extremely lucky that living in Germany, I have been able to get some quality time on snow, and I have great sports facilities available to me at work. With technique coaching from Lindsay, and a demanding training programme from my Personal Trainer, Caz, I was really able to set myself up for success. A week at New Year in Venabu, followed by a 3-day Skate-Ski Intro in Italy gave my training diversity, and ski mountaineering the week before the race clearly just gave me an appreciation of steep slopes and high mountains that made the ones on the Birkebeiner fade into little blips. The whole experience has been brilliant. The training gave me something to focus on, and the suggestion from RAF Nordic that I join them was much appreciated. Ultimately though, this has been a tale of someone who had done a bit of skiing, setting their sights on a goal, and going for it, and anyone can do that!!!! I’d happily recommend giving a race a go. For me, what’s next? Some idiot mentioned Vasaloppet…90km in Sweden next year….now where are my skis?