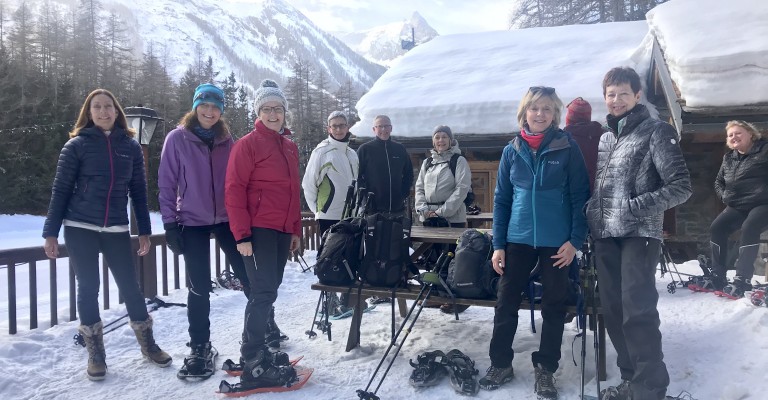 Join WALX Derwent and Dales and Tracks and Trails in the Italian Alps! Excellent spa hotel, delicious Italian coffee and wonderful mountain scenery. Cogne is the perfect location for your first cross country ski and snowshoeing experience. Combined with Italian cuisine, comfort and cappuccino makes this the perfect winter break!

This long weekend is especially suited for complete beginners to any form of skiing & those wishing to learn at a relaxed pace. It is aimed at those who have little or no snow experience but who are regularly active and would like to experience the mountains in winter. All the activities are fun and easy to pick up!

The base for this trip is in the delightful village of Cogne in the Italian Alps. Cogne, known as the 'Queen of Italian Cross Country' venues offers exceptional skiing away from the crowds in the Gran Paradiso National Park, which is also home to Italy's highest peak the Gran Paradiso. Cogne is a lovely village of traditional stone-houses, a Roman bridge and an eighteenth-century chapel. Our instructors are truly passionate about the winter sports and we keep groups small to ensure quality tuition.

No matter how old you are you can still master the joy of Nordic or 'cross country' skiing. Nordic skiing is the original form of 'skiing' and in many countries is just a way of life. The word “ski” is Norwegian and comes from the Old Norse word “skid”, which was a split length of wood. Cross country skis are slender, very lightweight and very easy to use. For centuries in the Nordic countries, skis were for travelling in winter to enable hunting, and to keep contact between communities. It's also where Nordic walking originated from.

On this trip you will learn the basic 'classic' technique on flat or slightly undulating ground so that you can propel yourself across the snow efficiently. The action is similar to Nordic walking but simply with an 'active' slide instead of a stride! Once mastered you can progress to longer journeys at a pace that is right for you. Cross country skiing can, if you want it to, be a very aerobic activity. Enjoy sliding and gliding whilst getting fit along the way!

Snowshoeing is simply 'walking' in winter. We put snowshoes on our feet to stop ourselves sinking into the snow, and to generally make walking easier. Anyone, who is a regular walker or nordic walker and enjoys the outdoors will soon love this activity.

The WALX Team are passionate about promoting the physical, mental and social benefits of being active outdoors. 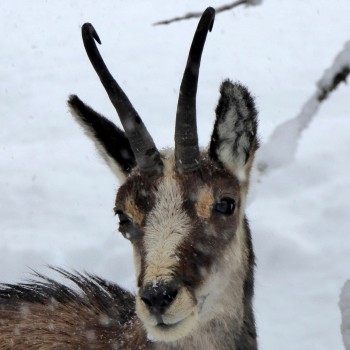 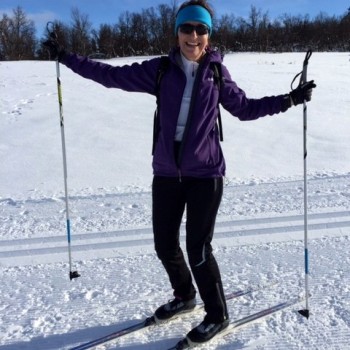 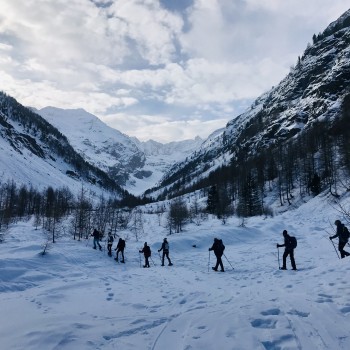 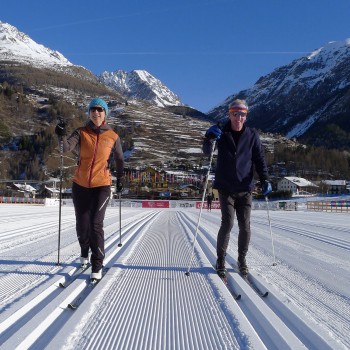 We always aim to accommodate our guests in well-situated, clean, characterful, family run accommodation. In most cases we have known the management for many years.

All accommodation is in twin or triple rooms, these may have en suite or shared facilities. We have two nights in dormitory style accommodation in the Rifugio Elena and Auberge des Glaciers. This is normal in a mountain hut and you will find that there are often families staying the night. We aim to try and secure a small dormitory just for our group. Due to the nature of the accommodation on this trip; small hotels, in often tiny villages and remote mountain huts, we cannot offer single rooms. If you have any questions about the accommodation please contact us.

Cogne is a small town equipped with all the facilities you might need for this trip including; a pharmacy, banks/ATMs, small supermarket, sports shops, tourist office, local produce, souvenirs, bars and cafes. Situated in the heart of the old town our accommodation is perfectly situated to easily access the ski trails, free bus to neighbouring villages, shops and bars. We are sure that you will have a very comfortable stay.

You will be guests of Filippo Gérard, our host whose family owns and runs our gorgeous 3* hotel. Built in the19th century the Hotel du Gran Paradis, is Cogne's oldest hotel. It boasts traditional architecture, local Italian cuisine all in a relaxed alpine setting. Make yourself at home with access to their living room with fireplace, little bibliothèque, bar, heated ski room plus it has a small private wellness Spa La Baita.

Dinner is delicious, typical food from the Aosta valley region of Italy, eaten at our hotel's other restaurant at the Hotel Sant'Orso. The Hotel Sant Orso has a reputation with 'foodies' as being an excellent example of local tastes and dishes from this wonderful part of the Italian Alps. You may feel that on this trip you spend a lot of time contemplating the local tastes!  Breakfast is taken in our own hotel dining room and is buffet style.

Massages and single room requests are possible, but do incur an additional fee. 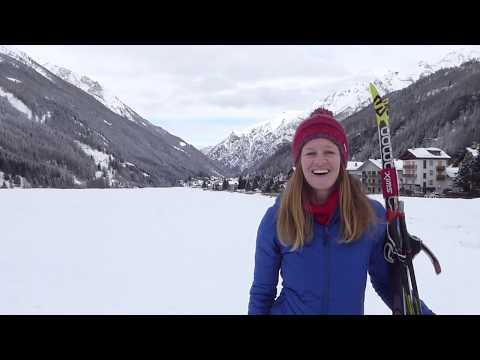 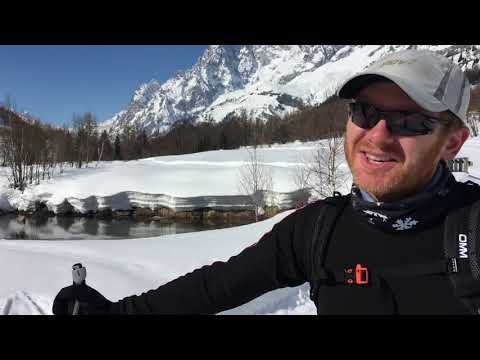 A fun film made by one of our guests, Richard Hughes, on our Italian Ski Break.