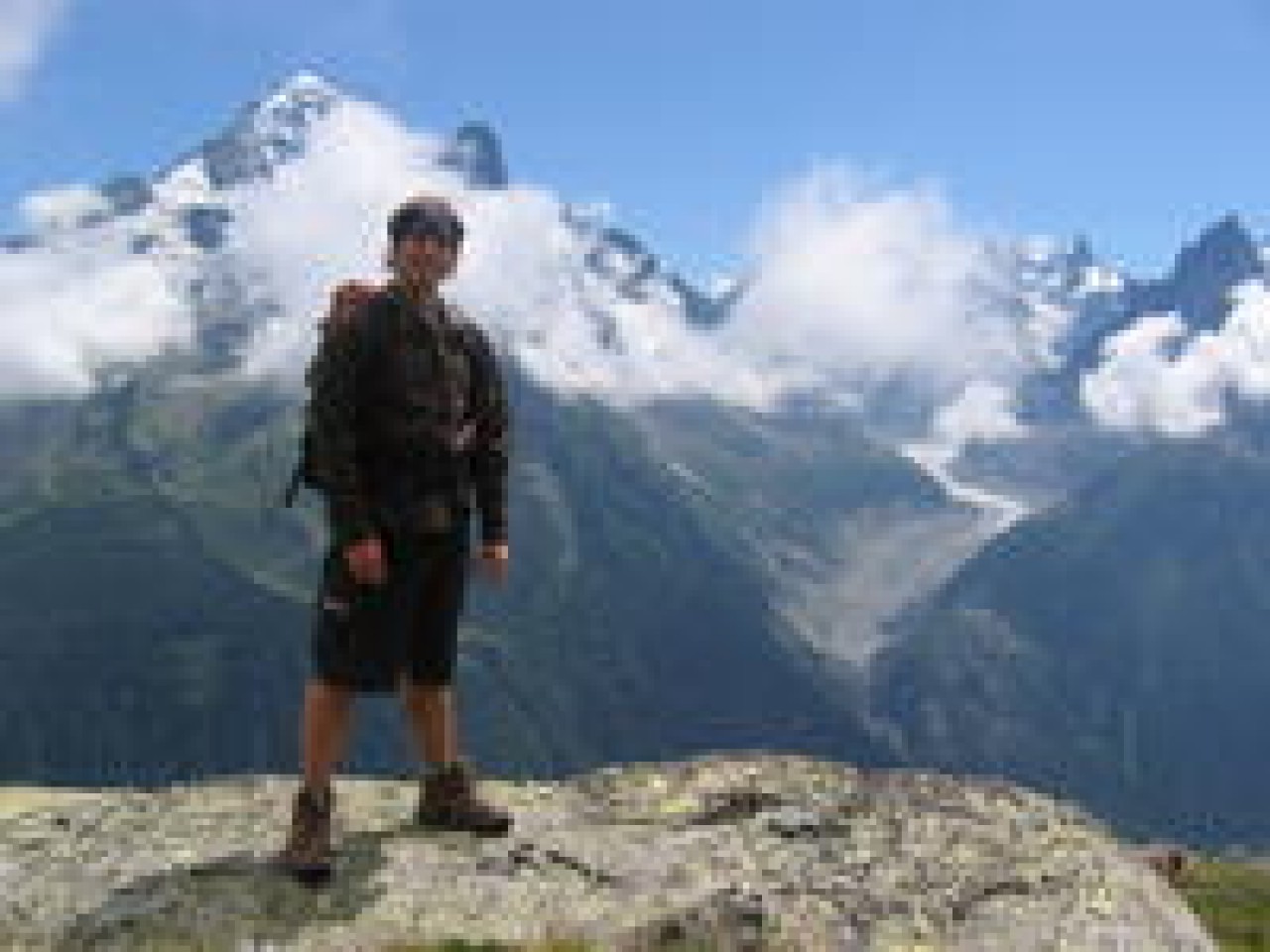 Cody with Mont Blanc Massif behind

Just back from a ten day Tour de Mont Blanc with a great bunch of guys. Interesting for a female guide to deal with an all male team, but they were no trouble - according to Russ he was in no doubt who was in charge! We had great weather for the trip with glorious sunshine and some stunning views of the glaciers and peaks.

a boys trip to the mountains

We were a Scottish guide, two Canadians, two English and an Irishman. I have to say we had great laughs and sent young Cody up a few extra peaks. It's always tricky when one of the team is younger and more energetic than the majority but as a 22 year old Cody coped extremely well with his more mature team mates and totally repaid the trust I placed in him which allowed him to always be a hop, skip and a jump ahead of the rest of the group.

He waited at every junction and never once did I feel that he would abuse the 'slack' which allowed him to be a wee bit ahead. If you read this Dad, you should be proud of him. Despite trying to load him down with group kit he still had so much energy. Kevin, the Irishman, was a shining example of someone who had put in so much effort to get fit for the trip, and credit to him for his efforts which more than paid off. Russ and Richard were experts on beer and their sense of humour provided many humours interludes.

Anyway, guys - I had a great trip and thanks to you all for your company!

Join us for the Classic Tour du Mont Blanc this summer or autumn - an absolute must do for any keen hill walker.