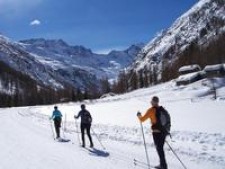 Two new transport options launched within weeks have made getting to the Alps even easier this winter. Eurostar recently announced a faster, more direct train service between London and Geneva, and now easyBus is to launch a new bus service on 20 December. The new bus line, developed by the 'easy' brand will run 32 times per day between the international airport in Geneva, Switzerland, and the alpine capital of Chamonix.

Bookings will open on Monday, 1 December, with the first 15,000 seats being offered for only 2 Euros each. The timetable offers plenty of opportunity to meet even the early morning flights with the first bus leaving Chamonix train station at 0415hrs, and the last leaving Geneva Airport at 0045hrs. The service is direct, and non-stop.

To launch the service seats are available for only 2 Euros each way, with normal fares starting at 5 Euros. The later you book the more expensive it will be, so it will be interesting to see what it is likely to cost for an average fare, and one booked just a week beforehand. We will be watching with interest!

Already a number of local companies offer airport transfers between the airport and Chamonix, such as Mountain Drop Offs with the average cost being around 30 Euros each way. These have for many years offered a very efficient service, and we hope that they will continue to do so, even if the new bus service appears to beat the price.

This is easyBus’ first Continental European service, operating in partnership with one of the existing transfer companies, Chamexpress. The Geneva to Chamonix route was selected because of the high volume of demand that exists between the two locations.

According to Sir Stelios Haji-Ioannou, the “easy” brand owner: “For too long Alpine sports fans have found airport transfers expensive and difficult. We will provide a high quality service for them and their equipment, at a value-for-money price. I’m confident we can make a big impact on Chamonix’s year-round skiing, climbing and hiking holiday seasons.”

It is inevitable that the new bus service will impact on the local transfer companies, but hopefully there will be enough business for everyone to contiinue to improve the transfer service to Chamonix which in turn can only benefit the local economy as a whole.