Cancer, the marathon and me! 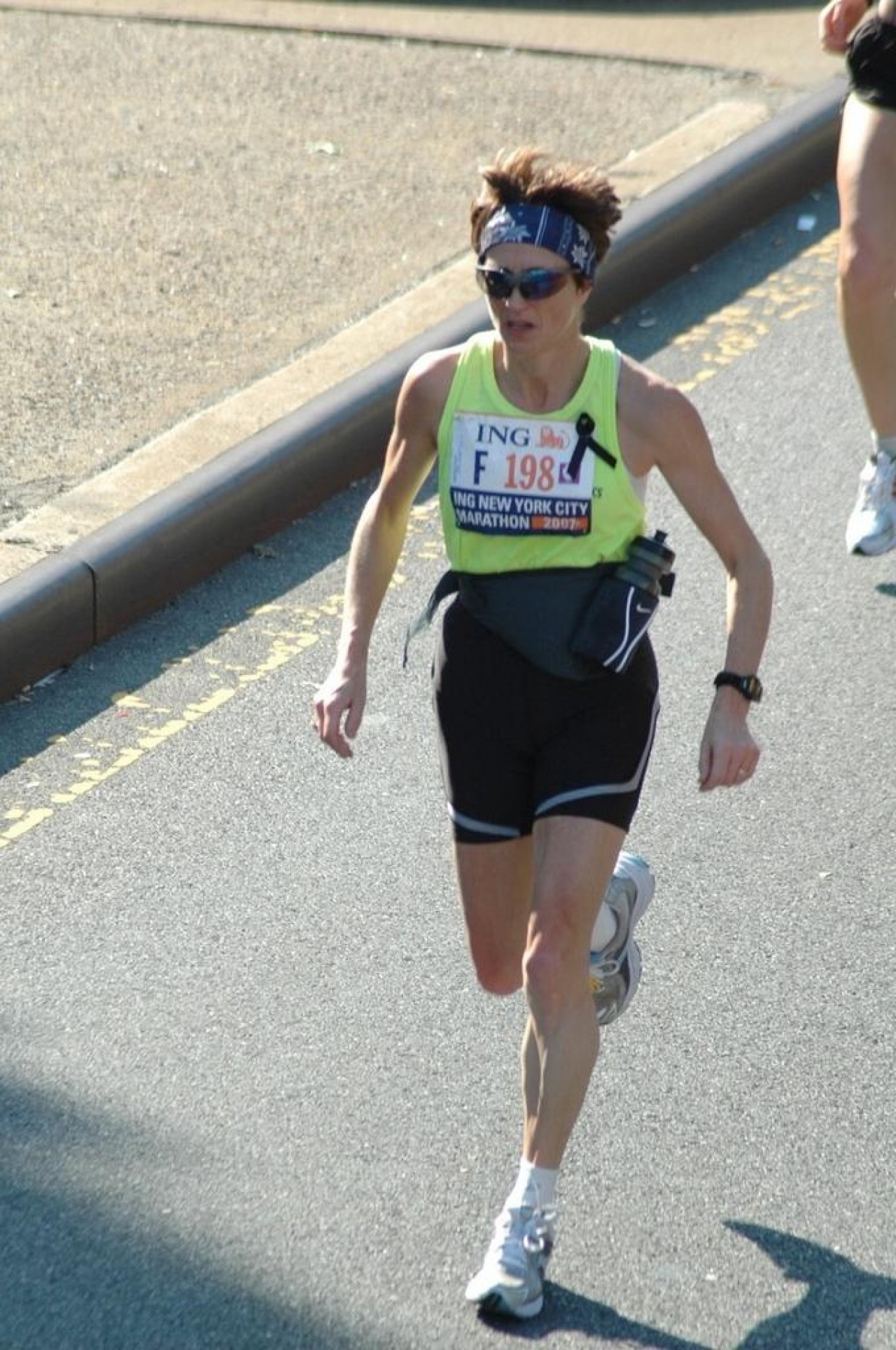 On Sunday, when I stood at the start of the 2018 Virgin London Marathon, I was full of the usual nerves and a few more. Training had been more difficult than usual: in January I had flu followed by a chest infection; winter in the Peak District had been severe by British standards so training had been in snow, ice and blizzards; only seven days before the start I’d sprained a ligament walking round a very muddy Chatsworth Estate and ridiculously, summer had arrived early and the temperature would be unforgiving.

Even though I have run at least 25 marathons (and set two British senior records) and I’m always very anxious at the start. (Is anyone confident?) But this marathon was really important. This time I was running for anyone who has ever been diagnosed with cancer and I was running for women over 60 who, in so many ways, have become invisible and written off.

As someone who only took up running in my mid 30s it was a surprise to find I was quite good at it and a shock at the age of 50 to find that I could possibly be a record breaker. At that time I was a Director at the PR company Bell Pottinger so my training had to fit in with a demanding work schedule. But I was determined. In 2008 I made two attempts: at London in the Spring and then in Berlin in September – and failed! Then in 2009 I finally achieved my goal and set a new record in London by finishing in 2.53.18.

Although I hated racing, and only raced a few times a year, running was very much part of my life. I enjoyed it. It was part of my daily routine not only did it keep me fit, it was the time in the day when I could relax and either I could be on my own or I could run with one the very good friends who were, and still are, an important part of my life support network! And, I was quite good at marathons. I really couldn’t imagine a day when I didn’t run and the London Marathon had become a fixed point in my calendar which I looked always looked forward to with a mix of excitement and trepidation.

However life is full of surprises and having set a new British record for women over 55 at the London Marathon in 2013 (3.03.45) I was not prepared for the bombshell that was to follow in 2014.

Early in the year I found what I thought might be a spot or even an insect bite on the back of my upper arm. I couldn’t see it but felt it when I was showering. I wasn’t worried but asked my husband Mike and my regular running partner, Katherine, what they thought of it. None of us was worried even though we didn’t know what it was. It didn’t go away and after a couple of months I decided to get it checked out. (Two years earlier a friend of mine had died at the age of 39 from malignant melanoma so I think I was certainly more alert to the possibility of cancer than I otherwise would have been.)

The referral by my GP to a dermatologist didn’t particularly worry me – as someone afflicted with ‘fatuous optimism’ (according to my husband) I was certain it would turn out to be nothing serious. There then followed an escalating level of medical intervention which culminated in an appointment at Christies (the North West’s cancer hospital) where a kind but solemn consultant told me that I needed urgent surgery for the melanoma and a lymph node biopsy as there was more than a 50 per cent chance it had spread.

It seemed as if my world had been turned upside down. One moment I was bobbing along on the sea of life negotiating the occasional ripple or gentle wave when, quite without warning, I found myself on the edge of a deep whirlpool not certain whether I would be dragged down forever or dragged down momentarily only to be spat out again.

Fortunately for me, following surgery, which involved taking a large lump out of my upper arm and removing a lymph node, I was told that there was no evidence that the cancer had spread. However for the next five years (which will end for me in August 2019) I am being checked regularly for any signs that the cancer has spread or that I have another melanoma.

Getting a cautious thumbs-up is not the end for anyone who has been diagnosed with cancer. For me it was certainly life-changing. Having already retired from full-time PR, I went back to work as a non-executive director in the NHS as well as working with a small cohort of personal training clients. I was keen to get back to normal life, which included running again. But the hard truth is I had had a wake up call – none of us know what is ‘round the corner.’ One day I was fit, healthy and happy the next day I had cancer which is indiscriminating and the outcome often uncertain. From that point on I was determined to make the most of life and not spend time doing things that I didn’t want to do. Life is too short!!!

Running competitively and setting records was no longer important. I didn’t want to put myself under that sort of stress again. What does it matter if I run more slowly as long as I am enjoying it?

For many months after surgery I didn’t believe the cancer had gone. Slowly that anxiety has dissipated. It probably has gone, it may not have done. But I am certainly a cancer survivor and I owe it to myself to now live life to the full again. Which brings me to the 2018 London Marathon.....

Without boring you with a step-by-step account of the event I can safely say I had never imagined it would my toughest ever 26.2 miles! It was London’s hottest marathon at 74 degrees C and runners fell like nine-pins from early on in the race, which is quite disconcerting, to say the least. Cramp took hold before the halfway mark and after that it was a painful journey. My determination to finish on my feet (rather than a stretcher) was strengthened by the reasons I was undertaking the challenge and made crossing the finish line even more gratifying, despite the fact if it was my slowest performance!!! For the record, I came home in 3 hours 40 minutes 50 seconds and was the third fastest 60 year old woman. The statistics do not matter. Everyone has their own personal reason for running a marathon, mine no more or less significant than anyone else’s. 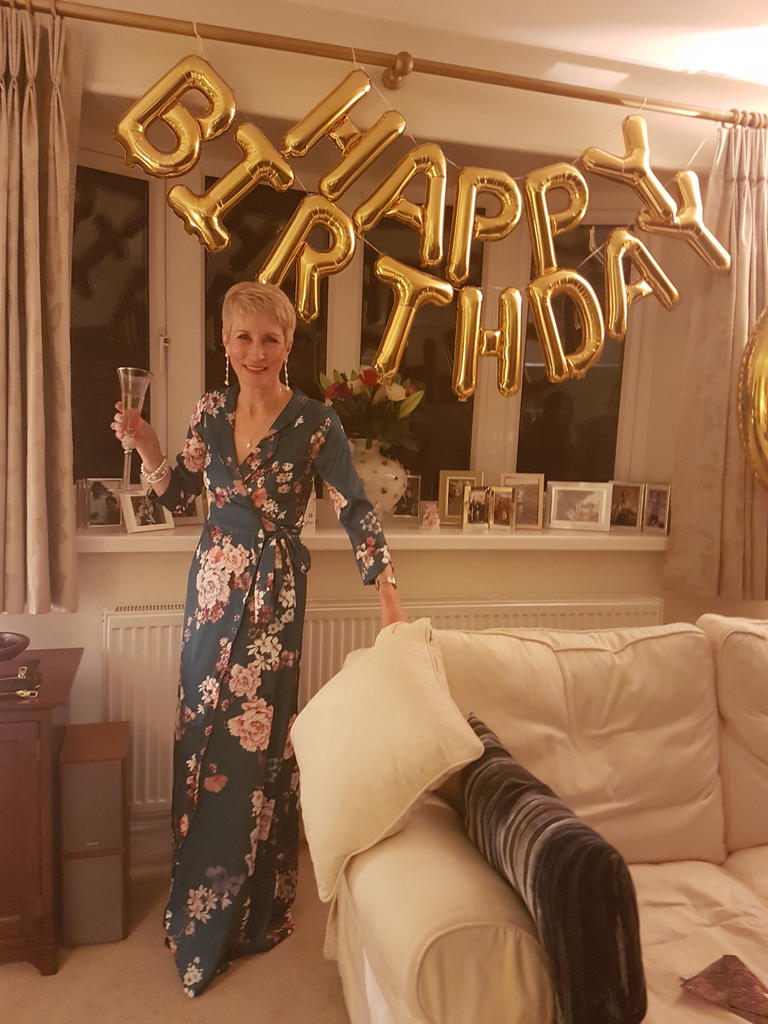 Last November I celebrated my 60th birthday. How did I get that old? But here I am, happy, healthy and running again. I decided that I would get to the start line but I knew, however long it took me to reach the finish, it would be a victory for me, for all cancer survivors and for every woman over 60 – it would show we are not finished yet!

Vicki Perry ran for Macmillan and raised over £2,000.

Tracks and Trails are supporting Vicki too and we know if you'd like to do the same she'd be very grateful: