BBC Radio 'Out of Doors' 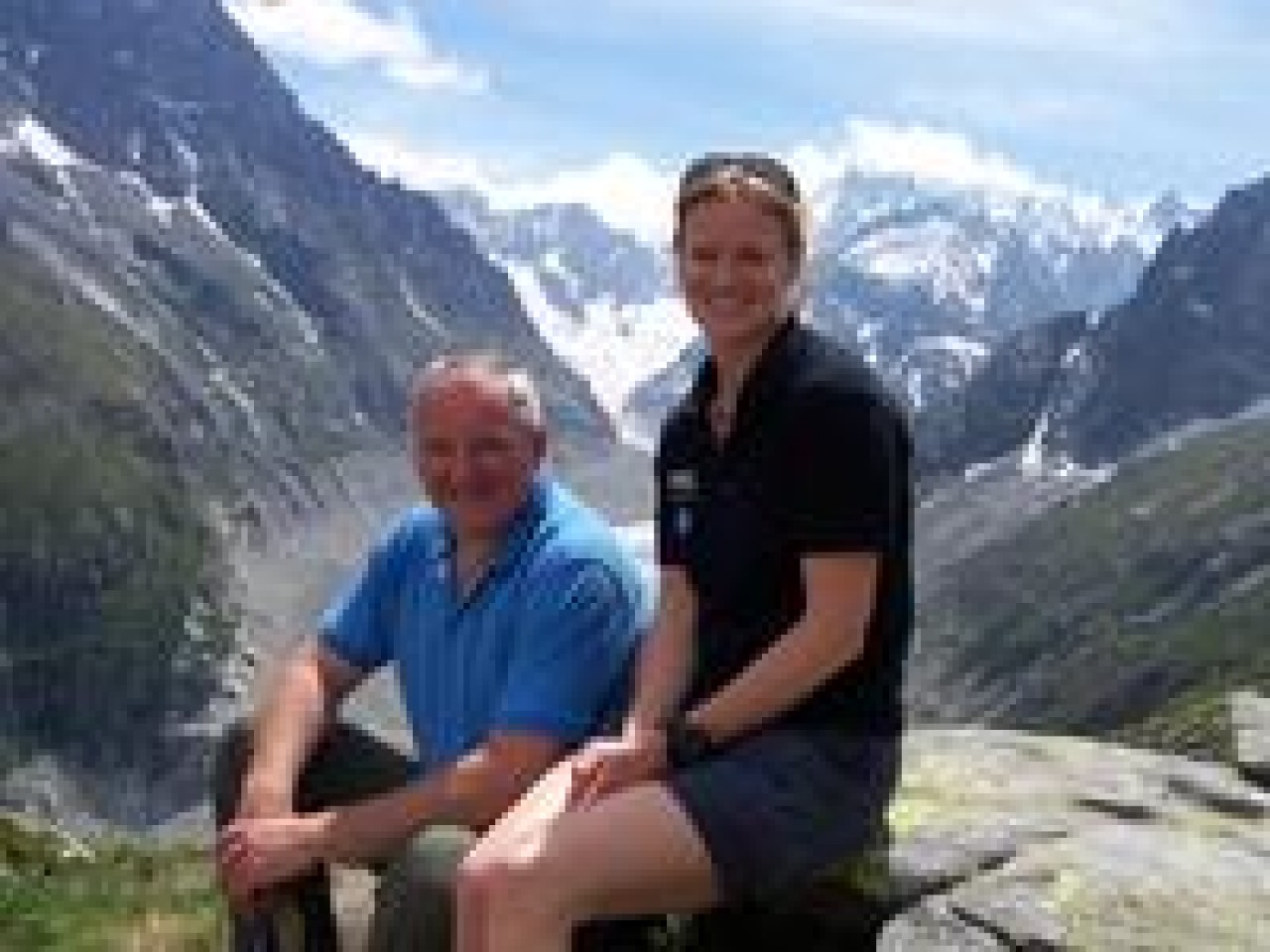 Tuesday I arrived back to very sunny Alps - which was perfect because yesterday I was asked to be interviewed by BBC radio! The feature was about Chamonix's history & guiding culture for a piece on sustainable tourism in a mountain environment. The presenter Mark Stephen and I carried out the interview whilst 'on the move'. We spent the day walking along one of Chamonix's classic high mountain trails, the Grand Balcon Nord. Normally it's Lindsay that's in the limelight! So I wondered if i'd be stuck for words whilst my tales of the valley were being recorded.

Our walk began in Chamonix's town centre where we took the famous Aiguille du Midi cable car up to it's mid-station, the Plan de l'Aiguille at 2310m. Our morning took us along to the Montenvers Hotel for a traditional Savoyard lunch with views of the Mer de Glace glacier and numerous 4000m peaks all around us. Along the way Mark and I looked at and discussed the flora, glacial features and Chamonix making it's mark as the 'mountaineering capitail of the world' and how it's adapted over the centuries. Co-presenter Euan had been seeing Chamonix from a different angle - the air! As he'd taken a tandom flight paragliding from Le Brevent mountain! We finished up with a trip back to the valley floor via the historic Montenvers Railway. Another hard day in the office.

The piece will feature on BBC Scotlands 'Out of Doors' programme this coming weekend - and you can listen again on BBC iPlayer for up to a week later.